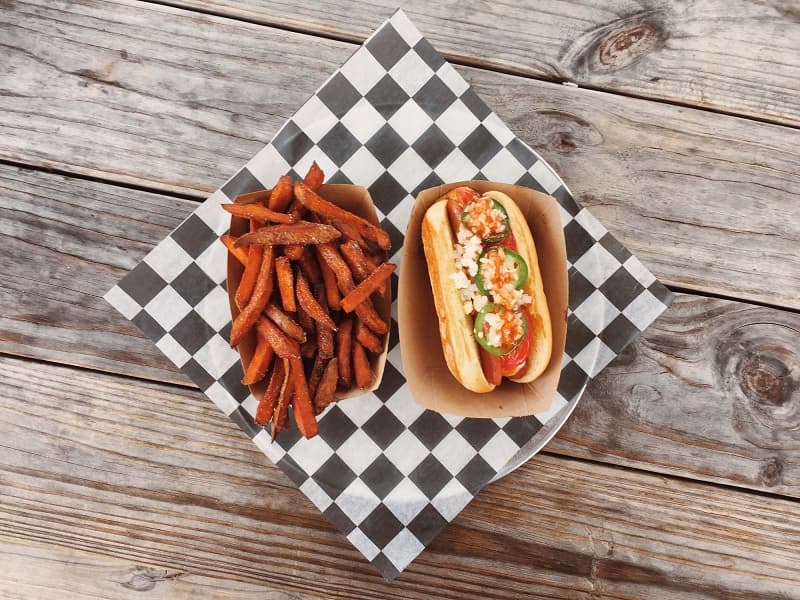 DoorDash, a startup delivering food from local restaurants is eying a valuation of more than $1 billion. It was started by Tony Xu and his team in 2013 and is based in Stanford, California. It has already raised $40 million previously from venture capitalists. If it will run with this pace, soon it is expected to be one of the so-called unicorn companies.

Food delivery startups are operating in a very crowded space, including Blue Apron, Gobble, GrubHub, HelloFresh, Din, PlateJoy, SpoonRocket, ChefDay, Maple, Postmates, Instacart, and many more like Uber. Even in crowded market of food delivery services, this startup has managed to beat its peers by hitting critical milestones through gaining new partners and expanding into other delivery services. The company had a great partnership with Taco Bell, stating the first time the restaurant has worked with a third-party delivery partner. Company is also partnering with 7-Eleven providing its first non-restaurant delivery service. This partnership will allow customers to order anything ranging from kitchen essentials to fresh food and drinks.

Tech giants like Google with its Shopping Express, and Amazon with AmazonFresh are trying to make delivery convenient and cheap. While DoorDash mainly delivers food, it has also implied to employ its logistical delivery infrastructure to deliver a variety of products.

Even in the crowded field, funding for these startups are growing continuously. Last year, these startups got funded more than $1 billion in equity funding, while during first half of this year, they pulled about $750 million, stated a research group, CB Insights. Such huge amount of funding may prove money inadequately spent if Silicon Valley finds itself in a burst bubble.

Sequoia Capital which is already investing in this startup, is likely to lead the forthcoming round. The Company can always use some more funding for leverage, as it has already been sued for referring its workers as contractors. That is, drivers were classified as employees but were not provided any employee benefits, including minimum wage, expense reimbursements, and overtime. Also In-N-Out Burgers has sued the company for listing their menu without permission.

Company is trying to form partnership with restaurants, as it lately did with Dunkin’ Donuts and Kentucky Fried Chicken. It is also trying to gain partnership with non-restaurants other than 7-Eleven, expanding its services. With upcoming round of funding, company could have noteworthy leverage to convince more restaurants to join its menu or use the money for lawsuits.

Inspite of all this, the company is continuously growing. It has expanded to 18 markets and still to add three more to the list. Soon Tony Xu and his team are planning to make it international.

Investors say that such food delivery services will help people eat healthier and that too with the ease of a click. People can order their preferred food or any other products either by using DoorDash website or through iOS or Android platforms. If upcoming funding is passed through, it would be the first food delivery service to gain unicorn status.

Processed with VSCOcam with kk2 preset