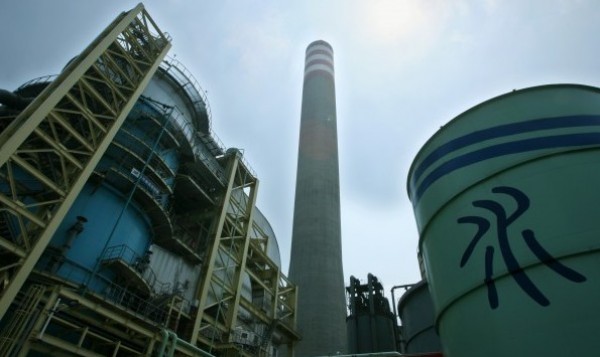 Dongfang Electric Corporation is China’s third largest Wind Turbine producer in China along with being the largest power equipment producer. The company has managed to grow impressively like the rest of the Chinese and is seeking expansion in foreign markets as well.

Dongfang Electric Corporation (DEC), has it’s headquarter in Chengdu, the capital city of Sichuan Province, which is named as the ‘Heavenly Land on Earth’ and the ‘Hometown of Giant Panda’. It is one of the largest backbone enterprise groups under the direct administration of Chinese Central Government.

DEC has become a comprehensive group specialized in manufacturing industry, R&D of cutting edge technology, contracting international engineering projects, exporting complete plants and equipment, and international economic and technical cooperation, after the development of over 50 years. Due to its distinguished capacity and contribution, DEC represents the top class technological and manufacturing level for China’s heavy machinery and equipment industry, and is appointed by the Central Government as one of the most important state-owned enterprise groups concerning the national economy of the country.

Chairman of DEC, Mr. Si Zefu, believes that, “With its endeavor and hard working, DEC not only achieved the annual production of power generating equipment for more than 30,000MW consisting of hydro, thermal, nuclear, wind, combine-cycle generating unit, presently enjoys one-third domestic market share in thermal power and two-fifths in hydro power, but also has been diversifying its manufacturing industries to various fields such as desulphurization and denitrification, heavy-duty machinery, power transmission, hi-voltage large power frequency converter, solar grade silicon, industrial control devices, chemical and maritime equipment and so on.”

As the national strategic base for heavy-duty machinery and equipment, DEC possesses comprehensive technical R&D abilities and is honored by the Central Government as a National Research & Development Center.

Mr. Si Zefu further states that, “Being an active international Contractor, DEC takes the lead in China particularly in contracting international power stations and a wide variety of large engineering projects, and exports complete plants and equipment to over 30 countries involving projects in such diverse fields as power generation, electric and mechanical works, power distribution and transmission, railways, environmental protection, heavy duty mining and metallurgy equipment, traffic and transportation, communication etc., from which DEC has gained recognition worldwide and been selected as one of The Top 225 International Contractors in the world for many years by the well-reputed Engineering News Record of USA since 1996.”

As a national strategic machinery manufacturing base and an active worldwide solution provider, DEC gains great attention from both China’s top authorities and dozens of foreign governmental authorities. Thanks to their kind attentions and great supports, DEC could develop step by step, emerging as a significant world player and contributing to the developments of world economy and improvement of people’s life.

Being Chinese strategic machinery manufacturing base, national enterprise technology center, DEC possesses top-ranking comprehensive technological research and development abilities in Chinese power equipment industry. It is the only Chinese power equipment manufacturing enterprise honored by the government as the first batch of ‘Innovation-oriented enterprises’. After the efforts of several generations, DEC adheres to technology progressing, technological innovation node and the innovation system with its own characteristics. Innovation culture of “self-reliance, passion, perseverance, adventure, creation, pursuit of success, open” is established, which gradually enhances DEC’S abilities of technology innovation and upgrades DEC’s core competencies.