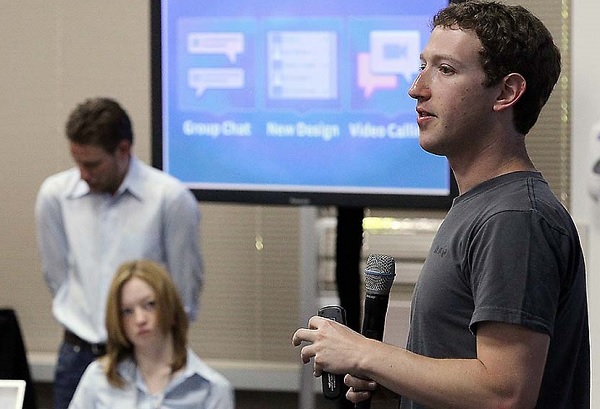 Facebook has reportedly launched a ‘Donate Now’ button to make it easier for the social network’s one-billion-plus members to contribute to nonprofits, all the while collecting their info. The button will collect credit card numbers and other billing information of the users that could ultimately aid the social networking giant in its ecommerce and gaming initiatives.

Donate will pop up next to News Feed posts and at the top of groups’ Facebook pages. Clicking Donate Now allows users enter a donation amount, input their payment info and send the contribution then and there. Users can also share the nonprofits’ posts with their friends giving people an easy way to share the call for donations and supporting philanthropy go viral. Currently there are 19 participating nonprofts, but Facebook said it intends to open the feature to additional non-profits soon.

“In times of disaster or crisis, people turn to Facebook to check on loved ones, get updates, and to learn how they can help,” a Facebook statement said. Last month, the social networking giant teamed up with the International Federation of Red Cross to open the site to donations for relief in the wake of Typhoon Haiyan in the Philippines.

The 19 non-profit launch partners will begin displaying the Donate Now button at the tops of their Facebook Pages and bottom of their News Feed posts. These include DonorsChoose, Boys And Girls Club Of America, UNICEF, World Wildlife Fund, Red Cross, and Kiva. Any nonprofit interested in incorporating the new feature into its profile can fill out the online Donate interest form.

Facebook users in the giving mood can contribute through credit or debit card or PayPal; 100 percent of donations will go to the charity of the users choice and receipts will be mailed to the primary email account listed on the social network. Users’ can choose how much they want to donate and either enter amount details or use ones already stored with Facebook. The feature could improve conversion rates and get more funds to needy projects.

Users are not being charged by Facebook Inc. to process credit card donations. It is instead paying that fee itself so that 100% of donations go to the non-profits. It’s a part of a trend of for-profit businesses launching philanthropy activities that could profit them in the long run, while connecting people to their friends and non-profits also makes it easier to connect them to advertisers as well.