The Most popular Halloween costumes sold this year

The decade old, slow decline in television ratings and advertising revenues are doing a 180 and fortunes have been ascendant, thanks to Faustian bargain. According to the Pew Research Project, the 2016 presidential campaign boosted cable news ratings and propelled revenue growth for cable news channels in 2015. Fox News, CNN, and MSNBC reached a 21st-century peak in 2008, six years in the average primetime viewership fell by a third in 2014. The median age was a 67, 63, and 61 respectively. Everything changed when a certain Republican presidential candidate gave them a trampoline to return to ratings last seen in 2008 during the financial crash and the Obama elections. Some call it the ‘Trump Effect,’ after all, Donald Trump has helped add a lot more viewers than Mitt Romney, Bernie Sanders, or Hillary Clinton. 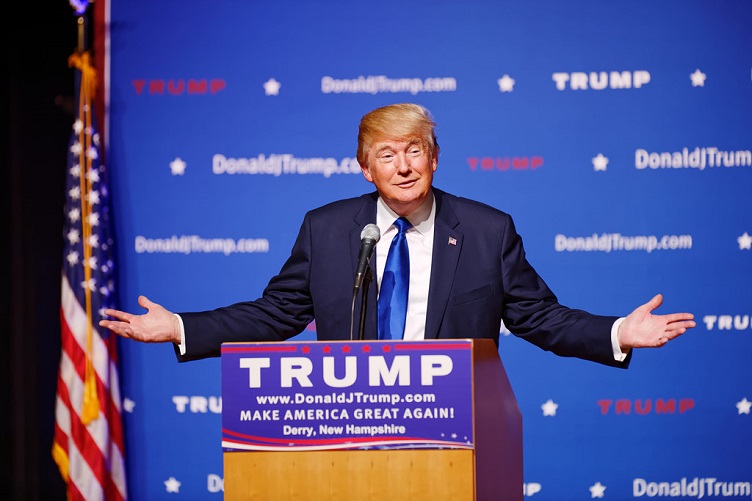 New York Times media critic Jim Rutenberg has shown the mediasphere is descending down the morality escalator for wall-to-wall coverage of Trump. Meanwhile, gerontocratic news organizations are jockeying for their survival, and Trump is their only hope.

GOP frontrunner Trump and his cozy relationship with Fox’s Sean Hannity contributed to a roughly 40 percent prime time rating spike over last year. In prime time – the premier time slot for advertisers the cable-hosted presidential candidate debates helped soar viewership. Fox remained on top with 1.8 million, up from 3% from 2014. The total average viewership over a 24-hour period for Fox News increased by 23% to 490,000.

The conflict between Fox News anchor and debate moderator Megyn Kelly became a major talking point. Trump’s sick fixation on Mexican-Americans or Muslin-Americans, vitriolic attacks on a female law student. In fact, none of this is unbecoming for a presidential candidate for its good for Fox News channel ratings and profits.

As a matter of fact, 21st Century Fox has the highest debate ratings of the current election cycle. Fox News, on the other hand, is enjoying a record eight-week winning streak for full-day viewership. Meanwhile, the network has been either first or second in terms of primetime ratings in every week of 2016.

In the past three weeks, CNN has won the primetime race, twice. CNN President argues that cable networks are simply doing their job in covering a leading presidential candidate. CNN’s Time Warner has been the second most-watched debate of the election cycle drawing an averaged 23 million views. In September, during the GOP debate, it charged $200,000 per 30-second ad. According to Advertising Age, a typical prprimetimed spot on CNN costs $5,000.

In fact, the Republican debate featuring two leading candidates at that time, Donald Trump and Ben Carson, broke all viewership records. At the halfway point, it reached 921,000 simultaneous viewers. It couldn’t beat Fox’s number for the first GOP debate, which was 24 million viewers. But it reached a record-high with 20 million viewers tuned it.

Before this, the network received the most viewers during the 2008 presidential debate in 2008 at 8.3 million. CNN’s most watched television program in network history was a Larry King Live episode during which Ross Perot and Al Gore debated NAFTA. It was watched by 16.8 million people.

At one time, CNN president Jeff Zucker, pushed the network to go on all-trump-politics mode at the same time. That was when it reached its highest viewership in seven years and made $3 billion in advertising. Trump has even joked that Zucker acts as his personal booker.

Booker or not, Trump has made a lot of money to date in spite of being the historic funds deficit. It’s partly because of all the interviews he has given to networks between May and the end of 2015. The number is $30 million made in interviews from the conservative Fox News.

ABC: Walt Disney’s ABC News hosted one GOP and one Democratic debate which was viewed by 13.3 million viewers. This is more than 5 million above cable news ratings posted in December.

CBS: For its February GOP debate, it received 13.5 million compared, it was 5 million more viewers than for its November Democratic contest.

Les Moonves, CEO of CBS Corporation, recently told reports that Trump’s political success “may not be good for America, but it’s damn good for CBS.”

The network expects a record-breaking year in terms of cable news ratings and advertising dollars thanks to Donald Trump.

There’s a long way to go before November’s general elections. If anything, the 2016 election cycle has proved to be a cash cow for television networks. It could be the public’s Trump-driven interest in politics. Either way, he’s a Doritos-colored life raft, and not just exclusive to cable networks. Between November 2015 and May 2016, more than 50,000 articles were published on Trump. This number is more than the sum of articles about Bernie Sander, Hillary Clinton, and Ted Cruz.

Anna Domanska
Anna Domanska is an Industry Leaders Magazine author possessing wide-range of knowledge for Business News. She is an avid reader and writer of Business and CEO Magazines and a rigorous follower of Business Leaders.
« US Companies Weigh In on the UK’s EU Referendum Vote
Au Revoir EU! Britain Quits EU: How Will It Affect You? »
Leave a Comment
Close