The U.S. Justice Department is suing to block Visa – Plaid deal, alleging the acquisition violates antitrust laws. The DOJ said in an antitrust complaint filed Thursday in federal court in San Francisco that Visa, which is one of the industry leaders in financial services market, is buying the fintech startup to eliminate an emerging threat to its online debit business.

“By acquiring Plaid, Visa would eliminate a nascent competitive threat that would likely result in substantial savings and more innovative online debit services for merchants and consumers,” the federal government said.

In January, Visa announced plans to acquire Plaid for $5.3 billion USD. According to its website, Plaid makes digital infrastructure linking financial data from people’s bank accounts to the apps they use to manage their money such as Coinbase, Venmo and Expensify.

The civil antitrust suit alleges that Plaid was planning to build a “bank-linked payments network that would compete with Visa,” and disrupt the industry leader’s monopoly in the payments market. Currently, Visa accounts for 70 percent of online debit card transactions in the US, and has extracted billions from American consumers and business owners who increasingly make online transactions. Meanwhile its rival Mastercard controls approximately 25 percent share of online debit transactions market. 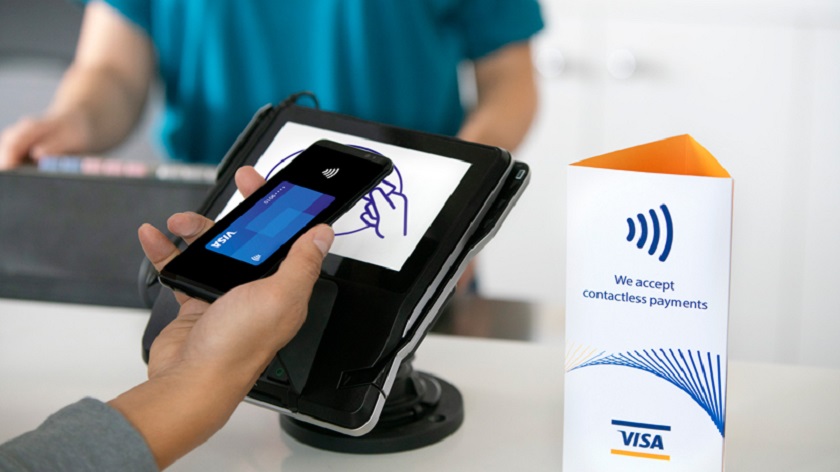 The DOJ has also accused Visa of squashing rivals for years. (Image: VISA)

Plaid’s network of more than 11,000 US financial institutions and 200 million US consumer bank accounts could help the fintech startup overcome those entry barriers if it is not bought out by Visa.

A spokesperson for Visa declined to comment on Plaid’s plans to build its own digital infrastructure for bank-linked payments. However, the American financial services company strongly disagrees with DOJ’s attempt to block the Visa – Plaid acquisition. This claim could be catechized by Visa’s internal documents from 2019 where one senior executive allegedly described Plaid as a “volcano” that “threatens Visa”.

According to the federal government, Visa’s CEO described Plaid’s acquisition as an “insurance policy to protect our debit biz in the US”. The lawsuit also alleges that Visa’s senior management told the group’s directors that there was a “potential downside risk of $300 – $500 million” to its US debit business by 2024 if Plaid was acquired by a rival.

The National Retail Federation welcomes DOJ’s lawsuit against the Visa – Plaid deal. It said in a statement Thursday that it welcomed the lawsuit and agreed with the allegations that Plaid’s acquisition would block the much-needed competition in the trillion-dollar payments market.

The DOJ has also accused Visa of squashing nascent competitors for years. The Justice Department said Visa convinced an unnamed major fintech company not to build technologies that would disrupt its business in exchange for fee reductions. Visa is currently in the middle of negotiations to renew this questionable agreement.