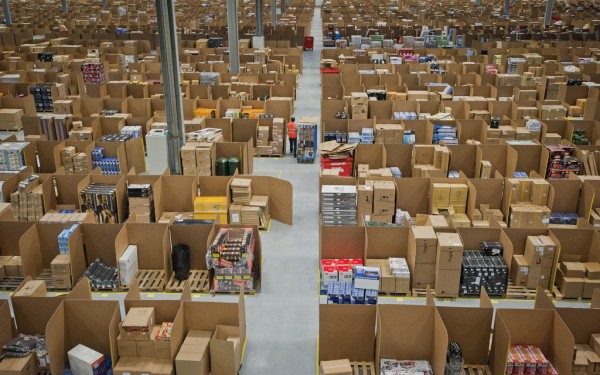 The warehousing sector of the supply chain industry is under pressure recently after a series of investigative reporting has uncovered the tenuous situation of thousands of temporary employees. These employees, hired by staffing firms that are several times removed from the big box retailers like Amazon and Walmart, even though these employees unload and move the products sold in these stores. This is a just a small snapshot of what is going on at these distribution warehouses and in these temporary warehouse jobs.

What’s Happening in these Distribution Warehouses?

In the expose on Amazon in Lehigh Valley, Penn. newspaper The Morning Call, workers said they were forced to endure brutal heat inside the sprawling distribution warehouse and were pushed to work at a pace many could not sustain. Employees were frequently reprimanded regarding their productivity and threatened with termination, workers said. The consequences of not meeting work expectations were regularly on display, as employees lost their jobs and got escorted out of the warehouse. Such sights encouraged some workers to conceal pain and push through injury lest they get fired from their warehouse jobs as well, workers said.

In the expose about Walmart from the Huffington Post, one temporary employee said that her warehouse job was paid according to “piece rate,” where she was paid not by the hour but by the trailer, a stressful pay scheme meant to encourage her and her colleagues to work faster and faster, and one that the labor movement worked hard to abolish in many industries in the 20th century. In her year at the distribution warehouse, the employee says she never had health benefits, sick days or vacation days. If she didn’t unload containers, she didn’t get paid. Some days, she was sent home without pay if there was less product than expected, or if the managers felt that there weren’t any trailers with product light enough for a woman.

These comments are not exhaustive, and certainly doesn’t paint the full picture of what’s going on in these distribution warehouses and in these warehouse jobs. The news about the working conditions of these temporary employees is still unfolding.

Not all big box retailers are trying to keep these warehouse jobs as cheap as possible. Costco has a well-earned reputation for treating its in-store employees well carries over to its warehouse jobs. The Costco warehouse does not rely on temp workers. It hires employees directly into its distribution warehouses, it pays pretty well and it has a safety representative and even stretching classes. The average hourly wage of a Costco employee is $17. Despite all that, the company still manages to provide some of the lowest prices available to consumers.

“We tend to not outsource even if we could save money by doing it,” says Richard Galanti, Costco’s chief financial officer, in the Huffington Post. “We recognize it might cost more but we think it’s the right thing to do. … Everyone in the building feels like they’re employed.”

If Costco can do things right with its warehouse jobs, then other industry leaders can do the same in their distribution warehouses.

Inflation is chasing the investors and policy makers at a speedy rate. CPI increased by 7% in December, 2021, the highest since June, 1982.
14 hours ago

Enriching consumer experience in LA, Amazon’s Style store is transforming the ways of buying outfits through suggested algorithms.
18 hours ago