Distracted driving: Smartphone use while on the road grows to include multiple activities 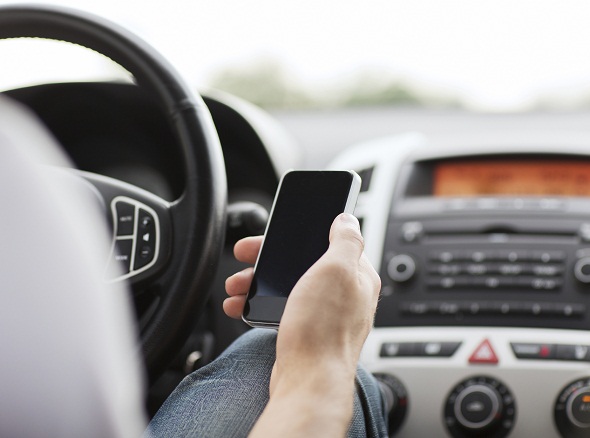 Distracted driving: Smartphone use while on the road grows to include multiple activities.

As our smartphones allow us to do more than just email and text, drivers nationwide are increasingly distracted while driving.

According to a new study released today by mobile provider AT&T, an alarming 70 percent of smartphone owners use their device while at the wheel, and just sending messages of the text and email variety isn’t the only dangerous activity plaguing our roads.

The survey found that drivers are also consumed with checking Facebook, Twitter, Snapchat, Instagram, Capturing video, taking photographs and video chatting, all being done while in control of a vehicle.

Released on Tuesday, the survey is part of AT&T’s “It Can Wait” campaign against distracted driving conducted by Braun Research. The survey polled 2,067 American drivers age 16-65 who own a cell phone and who drive at least once a day.

According to the survey, 70 percent of drivers admitted using their smartphones while at the wheel. 61% say they text while driving and 33% say they send emails while driving.

Other smart phone activities behind the wheel include taking selfies (17%), internet browsing (28%), and video chatting (10%). Of those who shoot videos behind the wheel, 27% think they can do it safely while driving.

Distracted driving is a rapidly-growing problem in the US and according to information from the Center for Disease Control, 3,328 people were killed in 2012 due to using their phones while on the road. According to the official government website, Distracted.gov, 660,000 motorists at any given time are using cell phones or manipulating electronic devices while behind the wheel of a car. Besides that, people in the age group of 20s make up 27 percent of all distracted drivers. Using a cell phone causes same loss of concentration and reaction time as drinking four large beers, experts said.

According to a nonprofit organization, The National Safety Council, texting while behind the wheel accounted for 6 percent of all crashes in last year, up one percent from 2013.

Currently 46 states have laws prohibiting texting while driving, even then the poll states that 62 percent of drivers said they still want to keep their smartphones within easy reach when they are behind the wheel.

Christy Gren
Christy Gren is an Industry Specialist Reporter at Industry Leaders Magazine she enjoys writing about Unicorns, Silicon Valley, Startups, Business Leaders and Innovators. Her articles provide an insight about the Power Players in the field of Technology, Auto, Manufacturing, and F&B.
« Advocacy group urges to have wind turbine rules to protect birds and other species
TrueView, Google’s Shopping Ads For YouTube »
Leave a Comment
Close