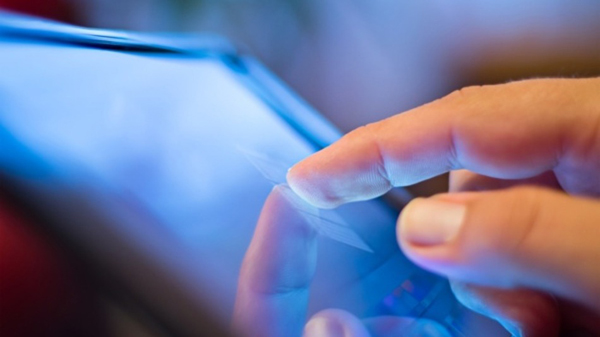 Six years ago, most phones used keypads instead of touchscreens; nowadays, society has adopted the latter as the default mode of input in terms of gadgets such as mobile phones, tablets, handled consoles, and laptops. As if it was not enough, technology is about to go a step forward again. No, it is not yet time for the hologram interaction, but what about receiving sensory feedback from your devices’ screens?

Feeling the keyboard on your smartphone, the icons of your home screen, or the texture of your photos will be part of your daily life experience in the near future, for Walt Disney Company has made the technologic fairytale come true: They have developed a sensorial touchscreen that enables users to touch and feel the contents on their devices.

Developed by Disney’s lab, Disney Research, the sensorial touchscreen makes advanced calculations to sense the fingers’ movement and creates the perception of a 3D bump on the touch surface, through modulation of the frictional forces on the sliding finger in order to match the tactile properties of the visual content displayed and create screen textures.
“Our brain perceives the 3D bump on a surface mostly from information that it receives via skin stretching,” explained Ivan Poupvrev, director of Disney Research Pittsburgh’s Interaction Group.
“Therefore, if we can artificially stretch skin on a finger as it slides on the touchscreen, the brain will be fooled into thinking an actual physical bump is on a touchscreen, even though the touch surface is completely smooth”.
Through electro vibration, researchers have modulated the friction between the sliding finger and the touch surface with electrostatic forces. A great variety of visual objects and screen textures can be dynamically enhanced with this technique.
“The traditional approach to tactile feedback is to have a library of canned effects that are played back whenever a particular interaction occurs,” said Ali Israr, research engineer who was in charge of the project.

This is just the beginning…

Disney Research is also developing tactile equipment that does not need any real contact at all, the user will be able to feel and touch objects out of thin air. Called “Aireal”, this new technology will work by blowing compact rings of air to the user, in order to simulate movement, touch, or collisions with objects.
In addition, students at the University of Bristol in England are currently working on a similar project named “Ultra Haptics”, which creates the same sense of mid-air feeling using ultrasound vibrations instead of air pulses. According to its designers, this technology deploys “ultrasonic transducers” in order to produce a wide range of different sensations on the skin. In other words, sound waves are used to simulate touch.
“I love this work, (it is) very well done. In general, creating tactile feedback in free air is a very important research direction”, acknowledged Poupyrev.