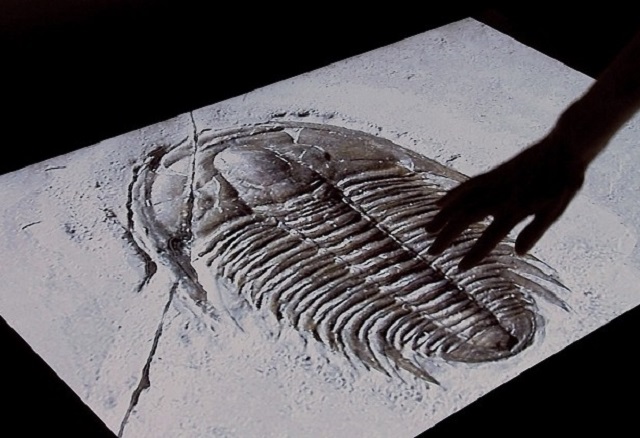 Disney Research has developed technology for textures to let people feel what is on their touchscreen surfaces.

The technology for textures involves sending tiny vibrations through the display to replicate the ‘feel’ of hollow bumps, ridges and borders of an object. , the vibrations re-create the effect felt in reality and make people believe as if really touching a textured surface.

Disney’s demo shows off a wide range of applications, such as feeling the craters on the Moon, feeling the bumps and curves of hills and valleys, despite the touch screen’s smooth surface, being able to feel a cactus without worry of blood spilling, or even feeling a dainty fossil or work of art without disturbing their integrity. The Pittsburgh branch of Disney Research achieves this through the application of a three-step algorithm for tactile rendering of 3D features and technology for textures.

First, the gradient of the touch screen surface of the virtual object must be figured out so a depth map can be created. According to the team this map can be measured with a Kinect, or can be taken from a 3D model. Then, the algorithm ascertains the frictional force between a user’s finger and touch screen surface, and delineates it to the gradient created for the virtual model. Ultimately it’s the display capable of electro vibration; distinct levels of voltage are applied to the virtual object’s gradient, project to where a finger is running over the display. This results in imitating the feel of a virtual object.

Disney Reseach plans more practical uses for the system. Textured screens could prove invaluable to blind or crippled users, both for easy approach and for getting a sense of their surroundings, like a blind person could carry around a camera-equipped tablet that shows the surrounding environment on its screen. The system could also be a useful tool for safer exploration, offering a better sense of the topography of a foreign environment. Furthermore the technology can translate 2D videos to 3D tactile renderings in actual time. And more distant applications could potentially remodel fields like education and medicine.

“Touch interaction has become the standard for smartphones, tablets and even desktop computers, so designing algorithms that can convert the visual content into believable tactile sensations has immense potential for enriching the user experience,” said Poupyrev.

“We believe our algorithm will make it possible to render rich tactile information over visual content and that this will lead to new applications for tactile displays.”

Jay Raol
« Ford develops driverless automobiles: The car that parks by itself and avoid crashes
Is there a future beyond Smartphones? »
Leave a Comment
Close