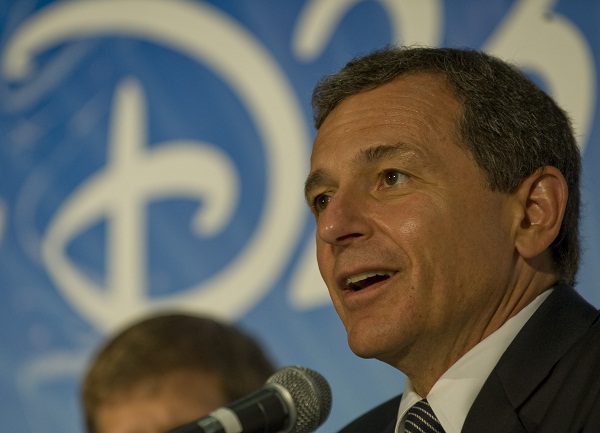 Walt Disney Co. informed that it would acquire Lucasfilm Ltd., the ‘Star Wars’ producer, for $4.05 billion in cash and stock. The acquisition of the George Lucas’ company includes the adumbration of a new film which is to be released in 2015.

Certainly news on the acquisition of ‘Star Wars’ producer Lucasfilm by Walt Disney Co. was a big surprise not only for loyal fans of the saga, but also Hollywood and entertainment circles, not to mention Wall Street.

According to the statement, Walt Disney Co. is to buy Lucasfilm Ltd. for $4.05 billion, adding ‘Star Wars’ to its other much-loved characters. George Lucas will receive 40 million Walt Disney Co.’s shares, which accounts for a 2.2 percent stake, and he will be the second-largest non-industrial shareholder.

As for ‘Star Wars’, Walt Disney Co. plans to continue a science fiction film series. Bob Iger, chief executive officer at Walt Disney Co., announced that the first film of a new trilogy would be released in 2015. Next ‘Star Wars’ movies will be released in every two or three years from then on. George Lucas, the father of “War Stars’ as well as Lucasfilm Ltd., will remain a creative consultant on these new projects.

CEO Robert Iger has highlighted the importance of the acquisition ‘Star Wars’ producer Lucasfilm, stating: “This is one of the great entertainment properties of all time, one of the best branded and one of the most valuable, and it’s just fantastic for us to have the opportunity to both buy it, run it and grow it.”

The acquisition of ‘Star Wars’ producer Lucasfilm is the third deal in seven years that Walt Disney Co. has signed. Certainly the purchase of George Lucas’ company blends with the Disney’s strategy to buy brands which might be exploited across movies, theme parks and the Internet as well.

Back in 2006, Walt Disney Co. bought Pixar, the creator of ‘Toy Story’. Three years later, the company acquired Marvel, the comic book powerhouse. Michael Corty, an analyst with Morningstar Inc., has noted that Walt Disney Co. has a good portfolio and that the recent acquisition will be, without a doubt, a new success.

Executives of Walt Disney Co. are aware that the ‘Star Wars’ iconic characters will increase company’s sales of toys as well as other consumer products. According to data, sales of ‘Star War’ items total approximately $210 million a year.

In addition, Walt Disney Co. will, certainly, extend the presence of the ‘Star Wars’ at its theme parks worldwide. And ‘Star Wars’ will probably be shown on the Disney XD cable channel as well.

Without a doubt, the strategy regarding ‘Star Wars’ seems to be carefully planned as Walt Disney Co. intends to release a new ‘Star Wars’ film every two or three years. Therefore it looks like the company has decided to implement the “James Bond” schedule, which will keep the audience waiting for a new movie.

However the company did not reveal its plans for the ‘Indiana Jones’ series as the acquisition of ‘Star Wars’ producer Lucasfilm also includes rights to that franchise.