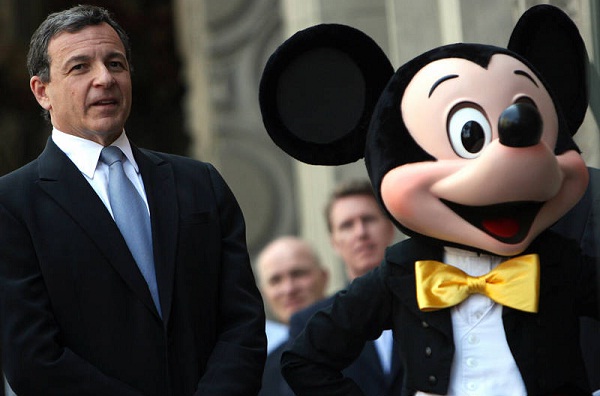 According to a regulatory filing released on the 18th of January, Robert Iger, chief executive officer at Walt Disney Co., collected about $40,2 million compensation for 2012, a 20 percent increase from a year earlier as the entertainment giant reported high revenue, net come as well as earnings per share in the period.

Data showed that the Robetr Iger got the $2.5 million base salary and slightly over $3 million in pension benefits, more than  $9.5 million in stock awards, roughly $7.75 million in option awards and a bonus of approximately $16.5 million. Walt Disney Co. underlined that the compensation was over 90 percent performance-based and contractual, as well as less than 10 percent discretionary.

Walt Disney Co. granted the 20 percent increase as it noted fruitful and successful results in 2012. According to data, the company saw its profit jump about 18 percent to approximately $5.7 billion in 2012. Walt Disney Co.’s profit grew about 3 percent to as much as $42.3 billion in the year, while earnings-per share climbed about 24 percent. The company delivered exceptional total shareholder return as the entertainment giant returned over outstanding 75 percent including dividends, compared with a 30 percent return for companies in the S&P 500 index.

The California-based company informed that Robert Iger’s performance was found exceptional. As it was underlined by entertainment giant Walt Disney Co., “The compensation committee strongly believes in pay for performance and that our ongoing success is in large part due to the contributions of the senior management team under the leadership of our CEO, Robert A. Iger.”

Since Robert Iger became chief executive officer back in 2005, Walt Disney Co. has made some successful purchases. Experts note that when it comes to an acquisition, the company analyzes it from all angles. Therefore the acquisition of Pixar, the “Toy Story” creator, in 2006 was successful due to the fact that Walt Disney Co. not only benefits from films as it has decided also to launch Carsland at Disneyland in California as well.

Back in October 2012, Walt Disney Co. acquired Lucasfilm Ltd., the ‘Star Wars’ producer, for over $4 billion. As it was stressed by the company, it was the Robert Iger’s leadership that led to the successful deal. All latest purchases, including the acquisition of Lucasfilm Ltd., are in line with the company’s strategy to use purchased brand in movies, theme parks and elsewhere.