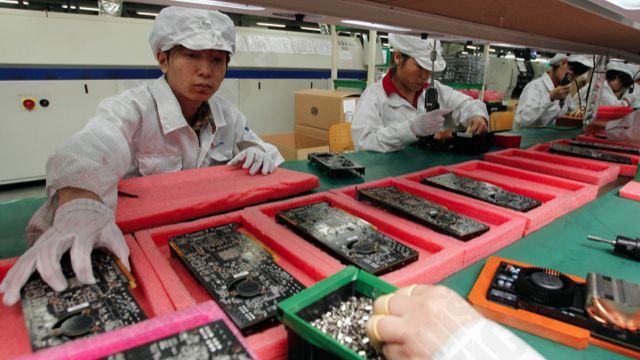 China's manufacturing contracts in May

The newest findings showed that China’s factory output contracted in May, strengthening concerns over world’s second economy growth. The contraction, which was driven by anemic export orders and weak domestic demand, indicated that China was losing its stem in the second quarter of the year. But what is interesting is the fact that HSBC data showed a more pessimistic picture of the China’s economy as official figures indicated that manufacturing rose in May.

On the 3rd of June, HSBC Holdings Plc issued its final reading for China’ factory output for May, showing that the gauge slumped to 49.2, compared to 50.4 recorded in April. The May’s reading has been the slowest since October 2012 as domestic and foreign demand dropped significantly. In addition, the reading was also vaguely lower than the May’s flash PMI for May standing at 49.6. Both HSBC figures, however, presented a picture of a contraction in the sector.

The detailed findings showed that China witnessed a substantial decrease in total new orders for May as they slumped to depressing 48.7, the lowest level since September 2012. HSBC Holdings Plc underlined that the drop was driven by anemic demand from domestic as well as foreign companies. But the fact is that the contraction in new export orders, which followed the contraction noted in April, might strengthen the concerns over the state of the world’s second economy and its growth. According to the companies, which were questioned, there was a visible downward trend recorded in orders from the United States.

Interestingly, the official PMI, which was released on the 1st of June, presented a more optimistic picture of the China’s economy and its factory output. The Chinese authorities informed that China’s factory output climbed to 50.8 in May, compared to 50.6 recorded in April.

Thus analysts underline that we might be witnessing a two-speedy recovery in the Asian’s dragon. The differences are driven by the groups of companies which are surveyed by two institutions. A HSBC Holdings Plc’s report focuses on small private companies which specialize in exports, while bigger companies and those which concentrate on domestic market are included in the official estimates.  But the fact is that analysts are always leery of Chinese official data.

The newest readings are not line with expectations as analysts and the officials anticipated more optimistic results for 2013. However, the HSBC’s latest manufacturing PMI showed that China had been witnessing headwinds due to anemic exports demand and sluggish domestic demand as well.  Several organizations, inter alia the International Monetary Fund, downgraded their China’s growth outlooks for 2013.

Indeed, everything indicates that China’s economy will not pleasantly surprise analysts in 2013.