Shady practices in the US healthcare industry were long concealed until two CEOs Elizabeth Holmes and Martin Shkreli recently got condemned for immoral practices. One overstated the efficacy of their finger-prick tests and ‘claimed’ to have acquired FDA approval, while the other abruptly raised the price of a decades-old medication more than fifty-fold, a practice that lobbyists are defending at all costs. One got away with a settlement amount close to a mighty expensive divorce, while the other is now facing jail time for defrauding investors and not increasing the drug prices. So, what makes these two executives so different? And a much bigger question to ask: why is the healthcare industry turning a blind eye to these disruptive practices?

Elizabeth Holmes, founder & CEO of Silicon-valley startup, Theranos, a diagnostic laboratory reached a settlement with the U.S. Security and Exchange Commission (SEC) in an investigation regarding misleading investors with exaggerated claims. The news comes on March 14, 2018; less than a week after ‘Pharma Bro’, Martin Shkreli’s was arrested on controversial securities fraud charges.

Elizabeth Holmes is a drop-out of Stanford University and a self-made woman. Forbes honored her as the youngest female billionaire in 2015 as her personal worth was $4.5 billion along with Theranos valuation $9 billion. Her visionary skills were compared to that of Steve Jobs’. 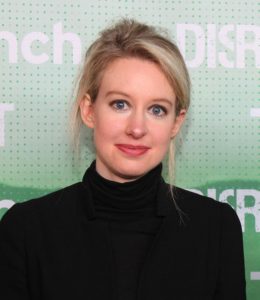 With an optimistic outlook, at the age of 19, Holmes registered a patent, for a drug-delivery patch, asserting to perform instant diagnostics on varied diseases with a prick of blood at an affordable cost. Radical thought! Feasibility? Well, the patch never arrived in the market.

On March 2018, SEC charged Holmes with $700 million fraud and asked to pay $500,000 fine. Further, she will not be authorized to serve as a director or officer of a publicly traded company for 10 years. An official authority of SEC announced this decision as an important learning of the Silicon-valley start-ups’ chapter.

The ideal world definition would be where people are ‘smart’, tasks are accomplished at ‘faster pace’ and commodities/services are available at ‘discounted price’. Going with the flow, both Holmes and Shkreli initiated with a similar core belief, ‘change the healthcare dynamics’.

With the hope to provide a trustworthy source of critical and precise information at a faster and cheaper rate, Elizabeth invented ‘Edison’, the drug-delivery patch. Its execution could have swept the current testing process; anyone could get a test done at a pharmacy and receive a report within hours.

On the other hand, Martin Shkreli raised the price of Daraprim (used to treat AIDS-related and cancer diseases) by a factor of 56. He defended his action by stating that he wanted to invoke pharmaceutical companies to develop similar medicines, lift the competition and ultimately lead to price reduction.

In the mid of the early success, Holmes and Shkreli deviated from the socially responsible cause, took the advantage of complex medical legalities, hid the truth from the investors, manipulated investments and focused on increasing their individual worth.

Both the pharma icons’ wrongdoings have tarnished their own image as well as that of their respective companies, Theranos and Turing Pharmaceutical. The future of both these companies is now susceptible.

So what’s wrong with pharma world nowadays? Keeping everything aside, the healthcare industry is booming in terms of quantity and quality of services. The US itself holds 45 percent of the global pharmaceutical market. A trillion dollar R&D investment has to lead to numerous product innovations and new drug developments.

Highlighting the severity of both cases, the underlying question about the loss of shareholders’ wealth remains unanswered. In the name of building a better healthcare at an affordable price, trillions of dollars are invested over a stretch of time for medical experiments and marketing. This cost of investment in a medical miracle is covered by high retail pricing.

In the US,  a general health checkup costs upwards of $3000. It is a fact that the Americans pay the highest for prescribed drugs compared to any other in the world. The two-level pricing system prescribed drugs is not a unique concept. We pay for the same drug at pharmacy counter as well as in form of taxes to National Institutes of Health to research. 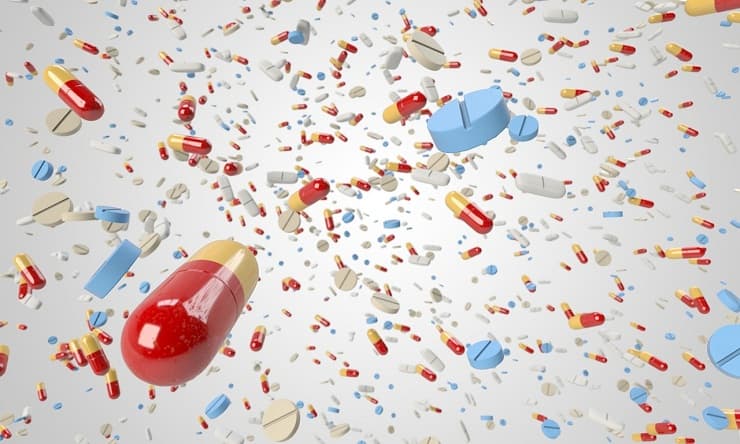 However, in case of Martin’s Daraprim, poor were provided the medicine worth $1 only and the remaining cost was covered by insurance company. And insurance company paid money from its accumulated balance amount fetched from its clients.

So basically, whether you were diagnosed positive with AIDS-related disease and gulped a Daraprim pill or the reports stated negatively; or either you went ahead with Theranos blood trial test or not, you paid for it and that too, a really high price!

The Porsche Taycan EV has outsold the Porsche 911 sports car for the first time since it was introduced in 2019 by the German automaker.
22 hours ago