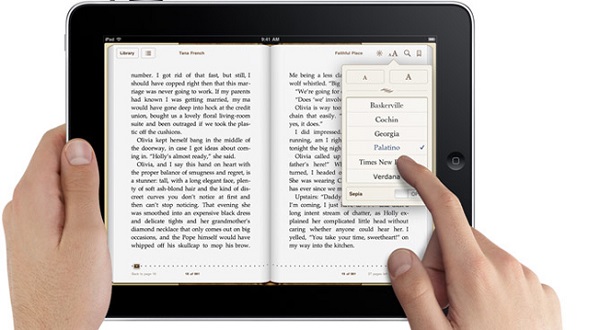 Apple Inc. continues to be embroiled in legal hassles over ebook pricing with the US government

Apple Inc. continues to be embroiled in legal hassles with the US government. On the 3rd of June 2013, the high net-worth technology company will be facing a non-jury trial filed by Department of Justice.

Apple Inc. set foot in the ebook market space in 2010 with its iBookstore. Prior to setting up of the ebook store, Apple Inc. had tied with several publishers to sell books on its platform. However, the company chose a pricing-model for its ebooks that was different from existing market structures.

By 2009, Amazon Inc. had already established itself as a worldwide ebook store, besides other entertainment content  like videos, music, movies, by choosing the – Wholesale model. This allowed the ecommerce giant to purchase books at a fixed price to sellers and sell to consumers at a price Amazon sought right to itself.

While this pricing model did allow Amazon Inc. to establish itself as the top-ranking ebook store, it actually significantly brought down the prices of ebooks even as publishers struggled to keep the physical book industry profitable. Amazon Inc. needed book publishers as it required low-cost content for its best-selling eReaders – the Kindle series as well as its tablet form factor – Kindle Fire.

By the time, Apple Inc. appeared to set foot in the ebook store market segment, publishers wanted to introduce a different model – Agency Model – to earn some profits themselves.

What is the Agency Model and why is Apple Inc. embroiled by it?

Not surprisingly, conducting talks with dominating publishers, Apple Inc. concluded that ebooks when sold in the Agency model would prove to be beneficial to them as the agents as well as the publishers. To keep with its agent-fees that it charged for music as well as apps, Apple Inc. opted to keep 30-percent of per sale.

The Agency Model was preferred by most leading publishers and soon Amazon Inc. found itself without many of the top-ranked publishers.

Thus the agency model galvanized publishing companies in setting prices for the ebooks they placed on iBooks so that the Ipod maker would include its 30 percent mark-up before it was sold to readers. This effectively drove prices of ebooks across categories.

Independent stakeholders in the ebook market space agree with Tim Coates who opined that: “E-books should be an awful lot cheaper than printed books.”

Analysts believe it is only the first copy of a book that costs, later copies’ costs are insignificant and nearly 60 percent of books’ costs are due to the inherent printing and distribution costs. Hence, ebooks, which are only to be downloaded, should lose that over-head costs and be available at very competitive prices.

The US government as well as European Court has investigated into the ebook prices hold-up initiated by Apple Inc. In fact, the United States Justice Department is basing much of its argument on a quote in an autobiography by Steve Jobs, the former founder and product head. It is reported that he was indifferent to passing on the price-hike to consumers who publishers are expecting as profits!