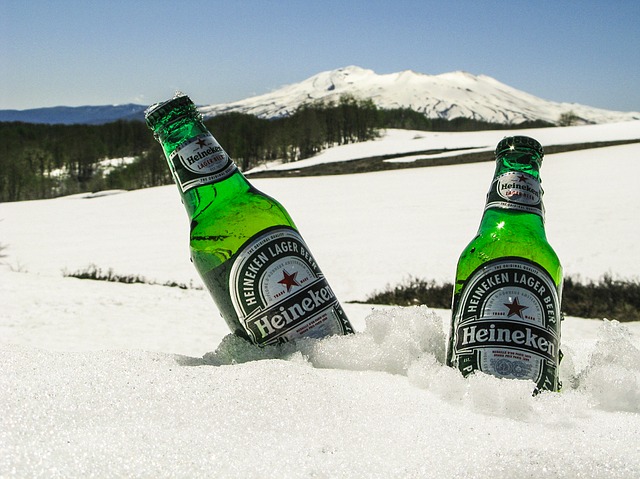 Heineken, the world’s third-largest brewer also plans to acquire the licensing and distribution rights to Red Stripe and Dragon in Britain, Canada and the United States from Diageo.

London-based Diageo is selling its stakes in brewing ventures in Jamaica, Malaysia and Singapore to Dutch rival Heineken in a deal worth $780.5 million, and buying a 20 per cent stake in Guinness Ghana Breweries Ltd from the Dutch brewer raising its total stake in GGBL to 72.42 per cent.

The two companies have struck licensing agreements for their respective brands in Jamaica and Ghana.

The three part deal covers Jamaica and South-East Asia and will see the Dutch brewer take control of Jamaican brewer Desnoes & Geddes, which produces Red Stripe and Dragon. Heineken already owned 15.5 per cent of the company and the sale of Diageo’s 57.87 per cent shareholding increases Heineken’s stake in the company to 73.32 per cent. It will soon make an offer for the remaining shares in accordance with the Jamaican Takeover Code.

Heineken has also purchased Diageo’s 49.99 per cent stake in GAPL Pte Limited (GAPL), which is listed on the Malaysian Stock Exchange, taking its stake to 100 per cent and giving the Dutch brewer full ownership. GAPL is the licensee for Guinness and ABC Stout distribution for the Singapore market.

Heineken, the world’s third-largest brewer also plans to acquire the licensing and distribution rights to Red Stripe and Dragon in Britain, Canada and the United States from Diageo beginning next year.

Having extensive control in the crucial regions of South-East Asia and the Caribbean will allow the company to boost the strong potential of the brands in the growth markets, Heineken’s chief executive officer Jean-Francois van Boxmeer said in a statement.

Diageo has purchased Heineken’s 20 per cent stake in Guinness Ghana Breweries Limited (GGBL), a company listed on the Ghanaian Stock Exchange, however GGBL will continue to be Heineken’s exclusive distributor in Ghana. The deal will see Diageo take home a one-off profit of £440 million ($671 million) after tax.

Diageo—known for its Johnnie Walker whisky and Smirnoff vodka hopes to return to sales growth after a two-year decline brought on by weakening emerging markets and dwindling sales in key countries like the U.S. where drinkers have favoured spirits like bourbon and rye. The stock has lost 1.9 per cent of its value this year, bringing its market value to 45.6 billion pounds.

Addressing the crowds at a promotional event for bitcoin, in the town of Mizata, Bukele assured his citizens that the Bitcoin city will have everything. “Residential areas, comme
25 mins ago

A 2015 study found that highly intelligent people are better at coming up with curse words as they have a greater vocabulary and are not afraid to use it. Timothy Jay, professor em
1 hour ago