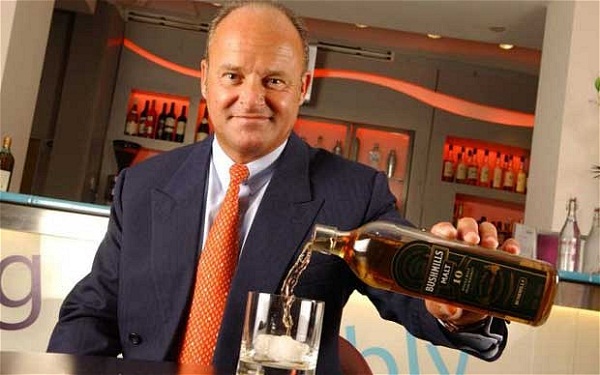 Diageo Plc, the world’s biggest spirits group, reported a 5 percent growth in quarterly sales. As it was stated the Diageo Plc growth in sales was driven by demand for brands such as Smirnoff and Captain Morgan in the United States and emerging markets as well. The company admitted, however, that its sales were affected by tough economic conditions in Southern Europe and Ireland as well.

The British group reported a 5 percent growth in sales due to strong demand for Diageo Plc’s brands in the United States and emerging markets as well. The company noted a 9 percent rise in the same period in 2011, however Diageo Plc’s officials are quite satisfied with this year’s quarterly results as the volume went up about 2 percent.

Moreover the results for the first quarter of Diageo Plc’s financial year ended in September came after the world’s biggest spirits group had announced that the price of a pint was due to rise by roughly 5 cents, affecting products like Guinness. The company, which is behind Guinness, Baileys and Smirnoff, has blamed the price hike on the rise in the price of barley, which is said to have increased approximately 20 percent just this year.

According to data released by Diageo Plc, sales in North America, which accounts for approximately a third of the company’s sales, rose by about 6 percent. In addition, sales in Latin America and Caribbean region grew by roughly 16 percent, sales in Africa jumped by 11 percent and sales in the Asia Pacific by only 2 percent. As it has been noted by Paul Walsh, chief executive officer at Diageo Plc, the developed markets of Asia Pacific region, including Korea, are challenging for the company.

Data showed that Diageo Plc’s sales in Europe decline by approximately 1 percent. Diageo Plc noted a double-digit percentage growth in sales in Turkey, Russia and Eastern Europe, which however was dragged down by weak sales in western and southern regions of the Old Continent.

Paul Walsh noted: “As a global business we continue to be aware of the uneven nature of the global economy. However we remain confident that we will deliver our medium term goals, given the strength of our brands and our routes to market.”

Diageo Plc, the maker of Johnnie Walker, Guinness and Tanqueray, expects approximately half of its turnover to come from fast-growing markets in Asia, Africa and Latin America by the year of 2015 compared with almost 40 percent in the company’s last financial year.

Certainly Diageo Plc is interested in the diversification of its products and markets as the company continues expanding its business. Paul Walsh also has highlighted the meaning of recent company’s acquisitions in fastest-growing markets which are aimed at driving the performance of the Diageo Plc’s business.

According to some sources familiar with the matter, Diageo Plc is in the final stage of talks to acquire a stake in United Spirits Ltd, which is owned by Indian billionaire Vijay Mallya. Certainly the acquisition of United Spirits Ltd, which produces whisky, gin, vodka and wine, would be another way of boosting Diageo Plc’s sales in Asia Pacific an entering the world’s largest whiskey market as well. But a rumor has been circulating that Diageo Plc considers the acquisition of the minority stake in Jose Cuervo, the Mexican tequila maker as well.