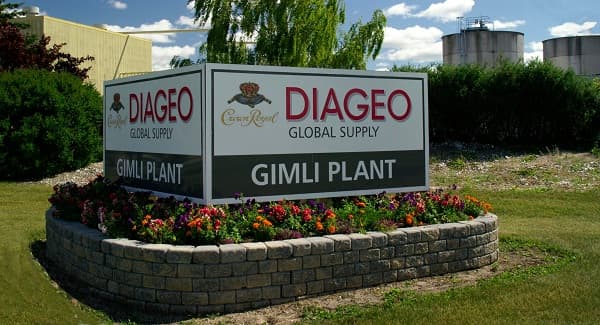 Even giants such as Diageo Plc are vulnerable to hard economic conditions in crisis-hit Europe. The newest findings of the London-based drinks company showed, however, that weak demand in the EU was partially offset by strong results recorded in the US market.

As for the third quarter ended March, Diageo Plc, which is known for producing unforgettable Johnnie Walker whisky and legendary Guinness, (not to mention other brands), reported a 4 percent increase in organic net sales with volume down by roughly 1 percent and strong price/mix. The increase in organic sales did not meet the analysts’ projections of a 5 percent uptick. The world’s biggest distiller underlined that it net sales climbed as much as 7 percent in the given quarter.

Interestingly, the London-based distiller highlighted that its two important emerging markets, namely Brazil and Nigeria, witnessed unsetting growth slowdown in the three-months ended March due to “consumer weakness.” The fact is that these disturbing new trends in emerging markets were offset significantly by strong and healthy company’s performance in North America which is undeniably its largest market.

Nonetheless, the recorded weakness in Brazil and Nigeria is indeed highly worrisome as many distillers do repose hope in demand in faster-growing economies as crisis-hit Europe has not been a feather in drinks companies’ cap. The scale of troubles experienced in the Old Continent is well illustrated by an example of  Diageo Plc which informed that its sales in Western Europe slid by approximately 4 percent in the nine-month period ended March.

Even though Diageo Plc is not fully satisfied, Paul Walsh, chief executive officer of the company, underlined in a statement: “Given our market positions and geographic diversity we remain confident that Diageo’s performance continues to be in line with our medium term guidance.”

Diageo Plc does not rest on its laurels as it has been developing its expansion plans aimed at gaining access to the rapidly growing middle classes in emerging markets. Therefore all Diageo’s purchases have been well-thought-out. Mey Icki, which was acquired by Diageo back in 2011, is a good example of strategic purchases as it is believed to have driven a surprising 9 percent increase in sales for the nine-month period in Africa, Turkey, Russia & Eastern Europe. Indeed, Diageo Plc is eyeing other potential acquisitions which might help the company expand its business and increase its profitability.

Apart from the company’s focus on potential acquisitions, Diageo Plc is also very much interest in developing its products. Earlier in April, the London-based distiller showed a new bottle for Baileys. The new design is aimed at luring new customer with its more feminine look.

It seems that the company indeed is concentrated on driving a continued success, giving scant attention to numerous obstacles on the growth track. Without a doubt, determination is a key to success.

Christy Gren
Christy Gren is an Industry Specialist Reporter at Industry Leaders Magazine; she enjoys writing about Unicorns, Silicon Valley, Startups, Business Leaders and Innovators. Her articles provide an insight about the Power Players in the field of Technology, Auto, Manufacturing, and F&B.
« Gold Slides down with $560 Billion from Central Banks Equities Rally
Toyota to expand with production of Lexus in U.S. »
Leave a Comment
Close

The pandemic has forcibly separated teams, resulting in many employees forced to work remotely which has led them to feel isolated and disco...
12 hours ago

The winter storm that has devastated Texas, leading to power outages, water shortage, and heating troubles, will affect the electricity bill...
13 hours ago

Thasunda Brown Duckett has been active in pushing women’s causes in the financial world and was a sponsor of the bank’s Fellowship I...
14 hours ago