Net profits at the bank rose 7 per cent in the third to €194 million, beating analyst expectations of €135 million.

Deutsche Bank, Germany’s biggest bank, reported better than expected profits of 7% in the third quarter, its fifth straight positive run despite a drop in trading revenue. The bank made good on the boom in mergers and acquisitions.

Net profits at the bank rose 7 per cent in the third to €194 million, beating analyst expectations of €135 million.

The bank made money off advising on deals (mergers and acquisitions), as well as helping companies issue new debt and equity; revenue from these streams rose 22 per cent from the same period last year.

The profit is validation for Chief Executive Officer Christian Sewing, who in 2019 launched a turnaround of the banks after a series of regulatory failings and losses logged over the previous decade. Nearly 9 billion euros ($10 billion) were marked out for this overhaul. 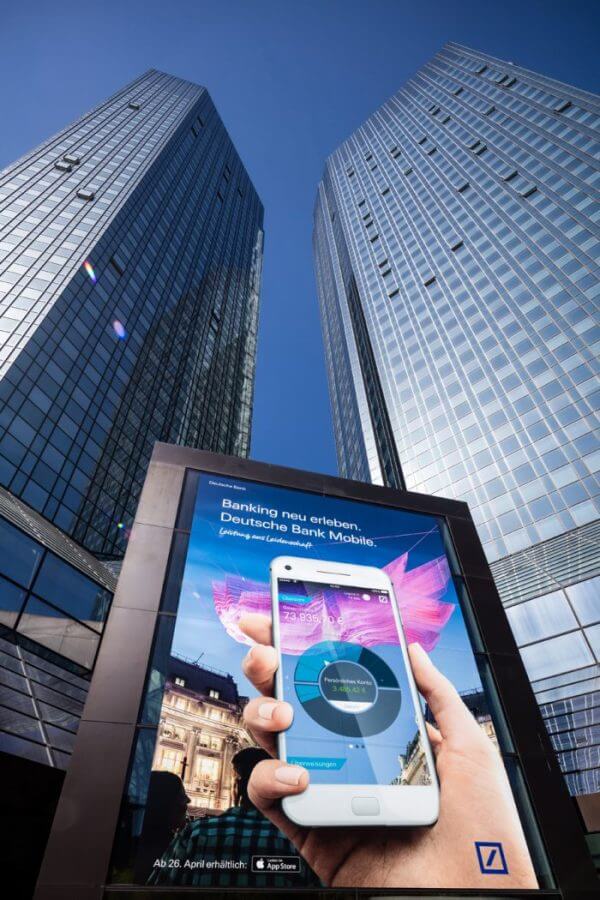 Trading revenues dropped 12 per cent. The bank also benefited from a steep decline in provisions for bad loans related to the pandemic. “Our revenues have proven to be resilient,” Sewing said in a statement on Wednesday, reiterating that the lender was “confident” it could reach its 2022 targets on revenue, costs and profitability.

“We are focused on driving efficiencies while maintaining strong controls, and we are confident of achieving Deutsche Bank’s 2022 targets,” Sewing said.

“It is also clear that we must not lose any ground on our disciplined path,” he said in a memo to staff.

Deutche’s shares fell 5.7 per cent on Wednesday but were still trading 35 per cent higher than at the start of the year.

The bank has been in the black in the past quarters due to the bullish capital markets that pushed its investment banking revenue.

Despite a good mergers and acquisition market, the overall revenues at the investment bank fell 6 per cent in the quarter from a year ago. Trading in fixed income has almost become non-existent, which hit the bank hard.

Analysts at JPMorgan said the results were strong and showed the bank was “on the right path to deliver on its strategic ambitions”.

Analysts were also sceptical of how far can the investment bank can stay Deutsche’s key engine of revenue growth. “With the outperformance mainly coming from investment banking revenues and provisions, it’s difficult to translate this into sustainable profitability,” Bank of America analysts wrote in a note to clients.

Andrew Coombs, an analyst with Citigroup, was also of the same opinion saying a return on tangible assets for at least 8 per cent “looks optimistic to us”.

Revenue at Deutsche’s corporate bank was also stagnant compared with a year ago, and the retail bank reported a 2 per cent decline. Its asset management revenues increased 17 per cent. The bank’s employees numbered 84,500, though Sewing threatened to decrease it by a fifth to 74,000.

Anna Domanska
Anna Domanska is an Industry Leaders Magazine author possessing wide-range of knowledge for Business News. She is an avid reader and writer of Business and CEO Magazines and a rigorous follower of Business Leaders.
« Best Electric Cars of 2022
What I learned about the World’s Most Expensive Taco »
Leave a Comment
Close

San Francisco braces for the likely arrival of the new Covid-19 variant known as Omicron. The latest variant has a reproduction rate of two.
6 mins ago

Markets across the globe rush to safer havens as the resurgence of the Omicron variant spells fear of economic suffering due to potential lockdown orders.
37 mins ago