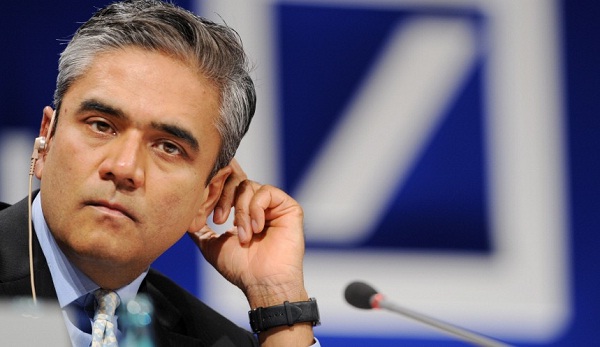 Deutsche Bank AG reported a fourth quarter pretax loss which amounted to slightly over €2.5 billion.  The loss occurred due to the diminishing value of assets and lawsuit expenses.

Deutsche Bank AG, the Europe’s largest bank, reported its worst fourth quarter loss which topped analysts’ projections. According to a statement given by Deutsche Bank on the 31st of January, the bank had incurred a pretax loss of approximately €2.5 billion which turned out to be eight times larger than initial predictions. Deutsche Bank saw a profit of about €185 million in the same period a year earlier.  The bank downsized its workforce by over 1400 people and removed risky assets from its balance sheet to enable potential use of free capital. Moreover, the bank was forced to pay about €1 billion for legal expenses and restructuring charges. A month earlier, Deutsche Bank was caught in a tax evasion probe due to the manipulation of benchmark interest rates which led to various official investigations and lawsuits.

The German lender is working on changing the banking environment and adopting a leaner investment program. The officials of the bank are restructuring capital which would help the bank to evaluate surplus assets and free up blocked capital. The repositioning of the benchmark interest rates according to their own convenience has led to legal investigations of Deutsche and other major European banks. To prevent financial crisis similar to 2008, many banks have adopted a leaner banking investment policy aimed at cutting down on surplus assets and providing more capital. The hefty litigation charges amounted to around €1 billion which reflected adverse court rulings and developments in regulatory investments. Anshu Jain, co-chief executive officer at Deutsche Bank AG, underlined: “This said, clearly, it is a very uncertain world. There is a plan B. We will not rule out any option that is in the best interest of Deutsche Bank.”

According to the Basel III rules, the core tier I capital ratio of Deutsche Bank was 8 percent for the final quarter of 2012. The capital ratio reflects the financial strength of the company, hence, showing the strong position of the bank. In the fourth quarter, revenues climbed up by nearly 15 percent to €7.9 billion from €6.9 billion a year earlier while the annual revenue increased slightly more than €33 billion. The net profit of Deutsche Bank for the year ended December 2012 was approximately €665 million.

Both processes, downsizing the workforce and reducing employee pay to the lowest, have helped to boost the trading revenue of the bank. In its new investment policy, the bank has come to an agreement to wind down and sell surplus assets worth €125 billion. The new-core division of Deutsche Bank aims to identify such assets which block capital growth. The surplus assets of the bank include loans, securitized products and a Las Vegas casino. All reforms are aimed at incurring annual savings worth €4.5 billion in the next two years.