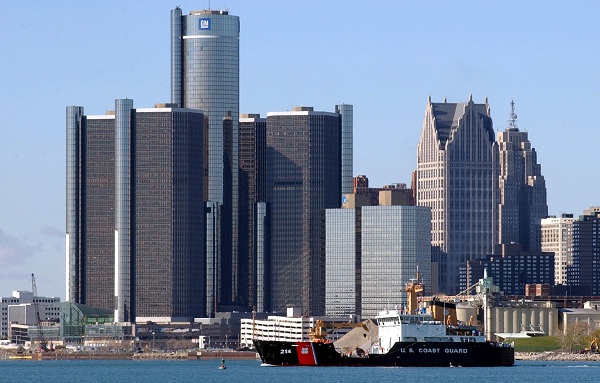 It is a dispiriting picture but Detroit is in the financial doldrums and its emergency financial manager Kevyn Orr is battling the fire with cutting long-term debt. The city needs financial restructuring -nothing to sneeze at.

A report by Kevyn Orr has brought the entire nation’s focus on the city’s poor financial state.  According to his report, Detroit is unable to provide some basic infrastructure facilities such as transport as well as provide comprehensive public safety because of liabilities.

The high-costs include nearly $9.5  billion in bonds, besides pension and other liabilities. Giving the wake-up call to Detroit citizens, Kevyn Orr has said the financial condition has to be managed with care and respect. The report was conducted, as per city guidelines that require it before introducing any cost cuts. The highlight of the report is that Detroit is: “insolvent on a cash basis.” The deficit for the city is touted to be around $380 million by end of the month of June and beyond which the city will not have cash to perform any of the routine payments such as pensions. These payments and other long-term obligations might  therefore be deferred as it was underlined in the long-awaited Kevyn Orr’s financial report.

Reasons for the financial crunch

Analysts believe the crunch was the immediate result of loss in the tax-paying community. It has been found that the city has lost nearly two-thirds of the tax-paying population in the post-war scenario. Adding to the woes was the dismal unemployment rate of staggering 18 percent. This figure is nearly twice that of the state of Michigan.

Another reason, believe city planners, which has led to mismanagement is the physical challenges in management of large areas.

The Motor City, the name by which Detroit is also famous, is in need of a major financial restructuring. Kevyn Orr underlines this fact, stating: “Without a significant restructuring of its debt, the city will be unable to break the cycle of damaging cutbacks in essential municipal services and investments.” Additionally, unions will be provided concessions, while the public safety aspects handled by police and fire department will also receive higher focus, considering the increase in crime, besides incidents of arson.

Detroit city currently needs to pay $15.7 billion, typically as cash payments and most of it will address some unfunded pension as well as benefits to retirees. The financial year for Detroit has seen $1.1 billion earned as revenue. The current payments toward debt and health expenses are in the region of slightly over $460 million, according to the Kevyn Orr’s report.

Kevyn Orr’s spokesperson, Bill Nowling, sounded the alarming bell, stating that if Detroit City did not make immediate financial restructuring plans, the possibility of its paying off debts in the next two decades was unlikely.

Not surprisingly, Bill Nowling underlined that creditors should be aware of the financial state of the city. Interestingly, Kevyn Orr’s report also placed restructured payment schedules and at times immediate forfeiting of the principal amount as well as revisions in the refinancing structures. Currently, the city of Detroit has a poor investment grade and its credit rating is not considered attractive for investment inflow.