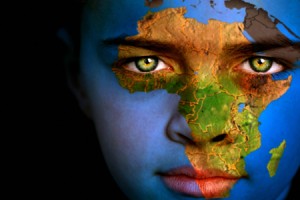 Booming M & A in Africa

They stood strong, survived and even thrived through the global financial crisis. Now, having set a record high of $44 billion worth of mergers and acquisitions across Sub-Saharan Africa for 2010, companies from these emerging market countries promise even better prospects for 2011.

Currently, the population of Africa stands at over a billion. Estimates expect this to double by 2050.

Is this the primary reason for an increasing number of overseas groups and banks targeting Africa’s fast-growing economies? Probably.

Is it likely that with such a high growth rate expected, investors and analysts who expect the pace of deals to pick up exponentially in this region might be wrong? Almost certainly not.

Serious Contenders in the Race to the Top

Some of Africa’s frontier economies already boast growth rates of 7% or more. To get some perspective on what this means in comparison with global growth rates, America’s growth rate for 2010 was 2.6%, while that of the United Kingdom was 0.7%. A 7% growth rate figures third only to two of the BRIC countries – India, whose growth rate is 8.9% and China of course with a growth rate of 9.6%. 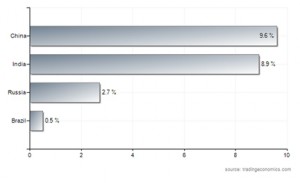 As discussed in the IMF’s Regional Economic Outlook for sub-Saharan Africa in October 2010, African trade is already shifting toward the dynamic emerging markets, notably China. Trade between China and Africa has been expanding rapidly, growing by an average of 30 percent a year over the past decade, and exceeding $100 billion in 2010.

So while China is likely to continue showing a strong demand for goods that Africa can supply, and for opportunities to invest directly in Africa over the next few years, for Africa, the key priorities will be negotiating fair and durable deals with big multinational firms and making the best use of the revenue windfalls, especially when the resources are nonrenewable.

Forces to be Reckoned With

The biggest M&A deal in Sub-Saharan Africa was Indian telecoms group Bharti Airtel’s $10.7-billion acquisition of the African assets of Kuwait’s Zain. Coming in second, Japan’s Nippon Telegraph and Telephone paid about $3-billion for South African IT firm Dimension Data with the fixed-line operator looking for opportunities beyond its shrinking domestic market.

South Africa, the continent’s largest economy, and India were the most acquisitive nations last year. South Africa was also the most targeted country with many overseas companies seeing it as a gateway into the region.

JP Morgan Chase edged past rival Morgan Stanley to take the top spot for overall investment banking fees, raking in $21.4-million in the region, thanks to participation in Walmart’s bid for South Africa’s Massmart as well big equity and debt issuances. Morgan Stanley won the top spot for equity market fees, while Citigroup was the leader in debt markets. France’s BNP Paribas took home the top spot for syndicated loan fees. The chief executives of Citigroup and JP Morgan recently visited the continent to emphasise their interest in winning African deals.

Adrian Saville, chief investment officer at South Africa’s Cannon Asset Managers said in a statement that Africa would draw more interest from companies in developed economies, many of which were struggling with slow growth prospects. “In the immediate future most deals would probably continue to focus on industries that targeted rising consumer spending, such as telecoms and financial services”, Saville said.