Will the launch of Iphone 5S and Iphone 5C elevate Apple’s Sales Graph? 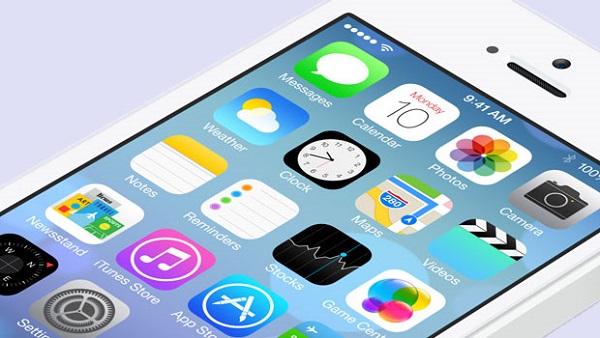 The new iPhone software which aimed at dramatically changing the phone’s look and feel hit the market on Wednesday. Apple’s spread out across the globe will now be able to download the company’s new iOS7 system which features a design overhaul aimed at making the screen appear bigger and sharper. This is a big launch after the launch of New Iphone 5S and New Iphone 5C

The company has long struggled to compete with Samsung’s much larger Galaxy S4. E-mails, calendars, phones and texts will look and function differently under the new system, which appears to be a new beginning for Apple.

“It’s the biggest change to iOS since the introduction of the iPhone,” said Apple’s CEO Tim Cook.

Control Center
The Control Center is the most useful of the functional improvements. A Swipe down from the top of the screen to get recent notifications and the day’s highlights, including the weather, access the clock and calculator, appointments, reminders and stock quotes. The iOS 7 also includes a built-in flashlight app. From there, you can turn Airplane Mode, Wi-Fi and Bluetooth on and off. The Control Center also lets you easily control music playback and adjust the screen’s brightness.

Notification Center
Notification Center is now a truly useful feature. It can be accessed by swiping down from the top of your display. Instead of simply showing a list of notifications from apps, it now shows your programme for the day, the current weather forecast, tasks and missed views.

AirDrop
AirDrop allows sending and receiving of photos, documents, and contacts with other iOS 7 users on the same network or via Bluetooth. AirDrop can be set to accept shared files from everyone, or just the people in Contacts list, so it’s easy to restrict who sends data to you.

Camera
Apple revamped the Camera app for iOS 7. The app is far more responsive, and launches faster and is quicker to snap and save your photos. From clicking single photos to capturing wide angle shots, the Camera app is now much more fluid and easy to use. The Camera offers eight filters to tweak photos along with a square image option. In addition the photos are automatically grouped by trip and other qualities, so they are easier to locate and share later.

Mobile Safari
Safari makes it easier to switch between open Web pages. It has adopted the unified URL and search bar where multiple open pages are presented upright, so that makes it easy to go right away to one in the back.

Maps
The Maps app now offers voice navigation for walking directions, although it still lacks bike routes. It also includes a night mode that dims the background of maps at night so the screen light doesn’t distract drivers. It also syncs map bookmarks between your devices.

iTunes Radio
There was a lot of hype on iTunes Radio during Apple’s World Wide Developer Conference in June as the best music streaming service around. The new iTunes Radio service offers free Internet radio stations, with buttons to easily buy songs and can also choose artists or music genres.

iOS 7 is available on the iPhone 4, 4s, 5 and the iPad2.It will also come installed on the new iPhones which are due to be released in the next coming weeks.

Jay Raol
« Tablet, Cellphone unlocking should be legalized: White House
Alibaba decides to move IPO to the US »
Leave a Comment
Close

Blackstone, the private equity firm, is planning to acquire St Modwen Properties, a logistics and housing developer, for £1.2bn ($1.68 billion) in a bid to take advantage of the P
4 hours ago