Delta orders 40 Bombardier Regional jets as it revamps its fleet 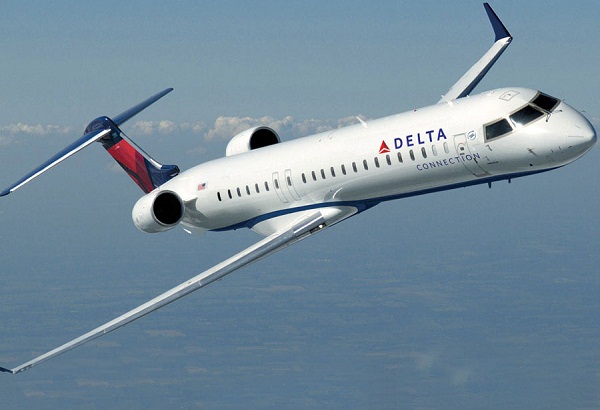 Delta Air Lines Inc. decided to purchase as many as 40 regional jets from Bombardier Inc. as it revamps its inefficient and outdated fleet. The Belfast-based planemaker might see Delta place orders for 30 more planes. The Delta – Bombardier deal for 40 CRJ900 NextGen jets is valued at roughly 1.8 billion.

As it was stated by Delta Air Lines Inc., the American carrier placed orders for 40 CRJ900 NextGen planes and optioned for 30 more, which would increase the value of the contract to approximately $3.3 billion. Delta Air Lined held negotiations with both Bombardier Inc. and Embraer SA as it plans to rejuvenate its fleet.

Richard Anderson, chief executive officer at Delta Air Lines, has underlined that the purchase of 40 Bombardier’s CRJ900 NextGen planes will help the American carrier revamp and at the same time expand its regional jets as the current fleet consists of models which can carry up to 50 passengers, no to mention that it costs much to operate.

Certainly Delta Air Lines reached favorable terms of the deal with the Belfast planemaker as it the company is going to replace outdated Bombardier planes. The American carrier has been greatly interested in revamping and rejuvenating its fleet by purchasing more-efficient planes and adding more first-class cabins as it tries to lure business passengers.

The delivery of Delta’s order for CRJ900 NextGen planes is expected to start in the second half of the coming year.

But the purchase of Bombardier planes is not the only one made by the American carrier. It is worth mentioning that also in 2012 Delta Air Lines Inc. had agreed to add Boeing 717-200 planes which are currently used by AirTran Airways. In 2011, the American carrier placed an order for 100 Boeing 737-900ER planes.

Information on the Delta – Bombardier deal for 40 CRJ900 NextGen jets comes only a week after the Belfast-based planemaker got an order for over 140 global jets from VistaJet Holding SA, the Switzerland-based carrier. VistaJet is said to pay as much as $7.8 billion for planes.

Back in June NetJets, which is a unit of Berkshire Hathaway Inc., placed an order for 275 Challenger aircraft; the deal is valued at as much as $7.3 billion.

But that is not all. The same day when the company informed about its deal with Delta Airlines Inc., it also announced that it reached an agreement with an unnamed Chinese client who ordered seven CRJ700 jets for approximately $330 million.

These deals certainly show that the Belfast-based planemaker is recovering momentum in the market which was dominated by its Brazilian rival Embraer SA. In addition, everything indicates that Embraer SA will not keep up the pace of its current production in 2013.

Without a doubt, Embraer SA is the arch rival of Bombardier Inc. Just last year the Belfast-based planemaker lost several opportunities in China as Brazilian rival triumphed. The situation in 2013 looks totally different as Bombardier Inc. has orders for over 90 regional jets orders, compared with only 12 new orders for the Brazilian planemaker.

The New Shepard rocket by Blue Origin successfully conducted the test launch in the Texas testing site, successfully performing take-off and...
18 hours ago