Delta Air Lines is now testing all 86,000 of its employees.

More than 500 employees of Delta Air Lines have tested positive for Covid-19, and at least ten have reportedly died of it. The cases were reported from the airline’s headquarters in Atlanta and in Detroit. Two of the dead were from the Detroit office.

Delta Air Lines Inc. chief executive officer Ed Bastian confirmed the news at the carrier’s annual shareholder meeting. The airline confirmed that it is now testing all 86,000 of its employees. “The vast majority have recovered, thankfully,” Bastian said. “Unfortunately, we have lost 10 employees to the disease. Every one of them breaks my heart. We have stayed very close contact with all of our employees that have contracted the disease.” 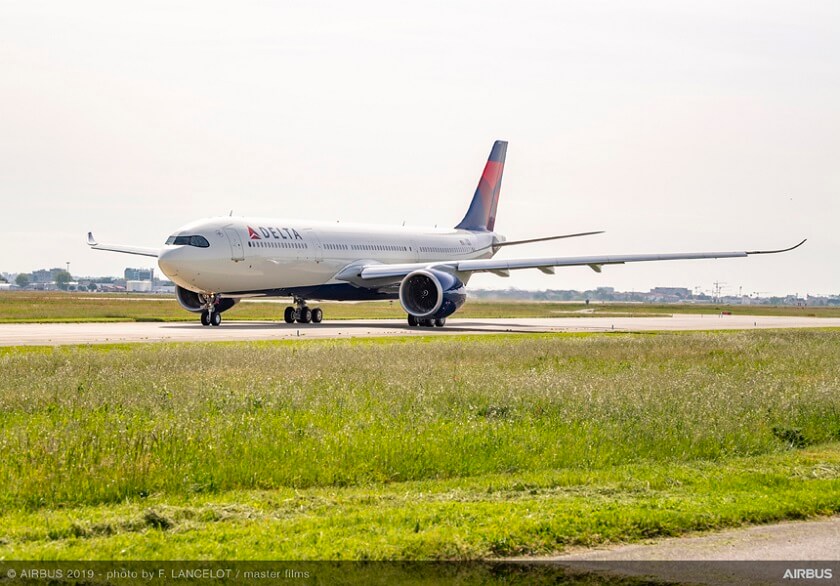 Most of the cases occurred in the initial phase of the pandemic, according to the communications director of the company, Anthony Black. The groups most affected were customer service people, flight attendants and pilots.

Delta was quick to take action and intensified sanitation procedures and made mask-wearing and a temperature check mandatory for all the employees. Employees who fell ill were given “high-risk pay protection” while they quarantined and recovered.

The news of the spread among the staff comes amid airlines deciding to open more sectors. All airlines are advertising that they are following strict sanitizing and social distancing norms, with its staff following stringent protocols. All are equipped with the proper gear, both on the ground and inside the aircraft. Airlines for America, of which Delta is a part, said that passengers who do not wear face coverings could have their flying privileges revoked.
A spokesperson for Delta Air Lines said, “Wearing a mask is one of the many important steps Delta has implemented to keep customers and employees stay safe while flying. Moving forward, we will continue ensuring customers are aware of, acknowledge and comply with the requirement to wear a mask during boarding and throughout their flight.

“As with many safety actions, failure to comply with an agent or crew member instructions could result in denied boarding or revocation of future flight privileges,” the airline said.
With several cases among staff, the company joins much of the travel industry in trying to balance financial recovery with employee and passenger safety.

The flying industry being customer-centric industry, the work from home option is not viable for them. Only 10 percent of Delta employees can work from home, CEO Bastian said, so implementing testing is paramount to keep Delta workers on the job.

Delta-founded global air alliance, the SkyTeam, has announced its SkyCare&Protect effort where all the 19 airline partners support a series of personal safety measures to help protect passengers and airline employees when they travel on or between SkyTeam members. The inputs of industry experts, health and medicine professionals, and CDC have been taken to come up with a hygiene and safety protocol that all members are required to follow.

The airlines are providing:

Some other airlines have also reported cases of Covid-19 among their staff. Some 700 Southwest Airlines employees and around 100 American Airlines flight attendants reportedly contracted Covid-19 in April, according to an NBC report from Dallas-Ft Worth.

The travel industry has been the hardest hit by the coronavirus with most countries going under lockdown and people canceling all travel plans and hunkering down at home. The U.S. Travel Association said total travel expenditure in the U.S. is predicted to drop 45 percent by the end of the year. And international inbound spending is expected to fall by as much as 75 percent.

GameStop is undergoing a complete revival under new CEO.
7 hours ago