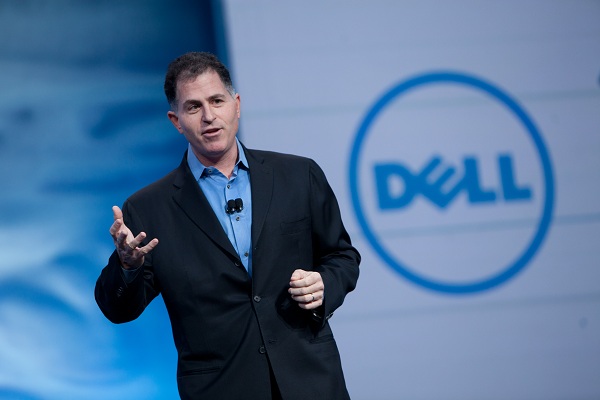 The world’s third-largest computer maker, Dell Inc., will be investing $125 billion in China over the next five years, it’s CEO announced on Thursday. The announcement comes as the Round Rock, Texas-based multinational company continues to expand in the world’s second-largest economy.

The investment would contribute around $175 billion in conveyance, supporting around one million jobs in The Red Dragon.

Dell is also partnering with the state-owned Chinese Academy of Sciences to operate an Artificial Intelligence Advanced Computing Joint-Lab, and will continue to expand its R&D team to focus on technologies aimed at the Chinese market. The computers and IT services company already employs about 2,000 senior engineers in its R&D team in China.

The AI lab will focus on research and applications of new computing architectures in the fields of brain information processing and AI. It will continue to research on cognitive function simulation, brain-computer simulation, deep learning, and related new computing systems.

Michael Dell, chief executive wrote in a statement saying Dell will continue to invest into Chinese economic development and policies.

“The Internet is the new engine for China’s future economic growth and has unlimited potential. Dell will embrace the principle of ‘In China, for China’ and closely integrate Dell China strategies with national policies.”

Similar to rival U.S. tech companies, Dell is betting in billions to gain business from large local government and private businesses. In 2010, Dell announced it will be spending $250 billion on buying, purchasing and ordering, and more investments over the coming decade. It’s not known yet if the $125 billion is a part of that investment.

By partnering with local organizations, Dell can learn more about the local market and roll out products and services accordingly.

Dell has been in China more than two decades and saw annual sales in the country of roughly $5 billion before it went private in two years ago.

Earlier this year, it announced a collaboration with state-owned China Electronics Corporation and the municipal government of Guiyang. Dell Ventures, a strategic investment arm of Dell Inc., is also entering China by investing in startups, particular those in the fields of cloud computing, storage, gen-next data center, big data, security and mobility. It also wants to be a part of China’s Internet+ strategy. It has joined hands with local company Kingsoft to launch “Dell-Kingsoft Cloud” services, will be focusing on China’s market for cloud technologies and services.

Anna Domanska
Anna Domanska is an Industry Leaders Magazine author possessing wide-range of knowledge for Business News. She is an avid reader and writer of Business and CEO Magazines and a rigorous follower of Business Leaders.
« Marshall Wace and KKR & Co. L.P. Alliance for Long Term Partnership
Google Launches Android Pay, Its Mobile Payments Service in the US »
Leave a Comment
Close