Intel bets on insider as names Krzanich as CEO

Blackstone pulls out of race for Dell acquisition 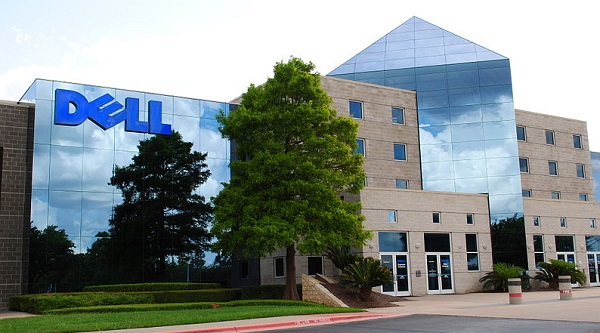 Dell Inc., the largest PC manufacturer in the world, is currently facing a losing battle in the post-PC era of smartphones and tablets. The slump in demand for PCs has grown year-on-year and affected first-quarter profit of the company.

Trade analysts believe that Dell Inc. was on the path of losing its market-value, post the success of the Steve Job’s seminal iPad. With each passing year, first-movers into manufacturing smartphone and tablet industry, Samsung Electronics Co., LG Electronics Inc., besides Apple Inc., have all posted satisfactory growth and established quick market leadership.

Apparently, the watch-and-see approach adopted by Dell Inc., instead of cashing-in on emerging smartphone and tablet industry, has today cost the company dear. In the past few fiscals the going has been tough for the company and the once giant  has had to face takeover fight, besides posting very poor first-quarter results.

Earlier in the year, the Texas-based PC maker held shares worth 43 cents. However, by May 3 facing a severe slump in demand for PCs, Dell Inc.’s shares closed at 21 cents. The revenue in the first-quarter results was predictably poor, declining by approximately 2.4 percent netting only $14.1 billion – a number that was much higher than the $13.5 billion that many analysts’ had predicted.

The jump in revenue, which was recorded by the company, was largely due to the launch of the latest Microsoft Operating System Windows 8.

The slump in demand for PCs, as reported by IDC in its recent industry assessment, has cost not just Dell Inc., but primarily the triad of PC manufacturers, including Lenovo and HP. Both giants witnessed average first-quarter results and no significant first-quarter profit.

In many ways the poor revenue figures provides Chief Executive Officer at Dell Inc., Michael Dell and Silver Lake Management LLC to take a fresh look at takeover fight. The fall in first-quarter profit has helped Dell to consider privatisation of Dell Inc. with a leveraged $24.4 billion buyout.

In the past few months, Dell Inc. has been rethinking billionaire Carl Icahn’s solution. What is interesting is the fact that Icahn along with his partner Southeastern Asset Management Inc. had made an offer of $12 per share in cash/bond and allowing investors to retain their stake.

Carl Icahn has articulated that Michael Dell’s $13.65 per share offer is very low. Independent investor analysts believe that both parties are repeatedly revising profitability as well as cash flow. To investors this has made the prospect of holding a stake in the company less attractive.

Dell Inc. has been in the midst of repositioning itself in the IT manufacturing industry and is likely to emerge as a lead player- both as a product and service provider to data centers.

Tom Sweet, the Corporate Controller at Dell Inc., has recently commented that Windows 8 has failed in revitalizing the slump in demand for PCs. The sales in over the next two quarters are expected to be even lower than 2006, while income would match the low figures the company earned in 2003.

Neslon admitted that gasoline, travel, food courts, and business centers performed exceptionally well, adding to the overall profits. The retailer hit an all-time high when it came
13 hours ago

Musk has been critical of Twitter’s free speech policies as he believes the social media giant is “the de facto public town square.” When the Elon Musk Twitter deal was annou
13 hours ago