A Definitive Guide to Get Free Donuts on National Donut Day

Donuts make any cup of coffee taste better. And, we just can’t get enough of them. Did you know that Americans wolf down over 10 billion donuts every year? Donut data is hard to find, given how millions of them are prepared by private bakeries that produce a wide range of other treats that aren’t broken down by industry trade groups. However, we have managed to track down some of it. According to the latest IRI data, last year, convenience stores sold some 391 million doughnuts (on an annualized basis) for sales of about $580 million. This is just convenience stores we’re talking about. We’re crazy for the wicked deep-fried dough, and we just can’t stop stuffing our faces with doughnuts, right? Here is a definitive guide to get free donuts on National Donut Day and more. 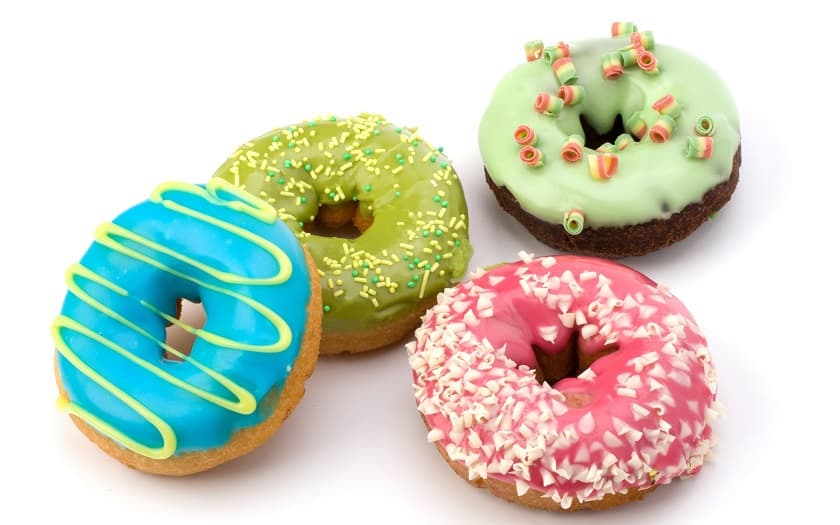 Everyone’s favorite donut once filled a much nobler purpose. During the World War I, women volunteering for the Salvation Army provided “doughnut lassies” or “doughnut dollies” for serving overseas as a way to boost the morale of the troops. The tradition of the National Donut Day begun when the Chicago branch of the Salvation Army, raised funds in recognition of these women’s contribution to the war efforts.

WHY ARE THERE TWO NATIONAL DOUGHNUT DAYS?

There are two doughnut days – June 3 and November 5. Surprisingly, nobody has been able to track down how the autumn one started. The most likely explanation is that Birmingham-based food-writer John Bryan Hopkins, the founder of Foodimentary, found the November 5 date, setting back to the 1930s in old copies of Ladies Home Journal and books cataloguing unofficial holidays throughout history. Due to the November Donut Dat’s proximity to Veterans Day, it was created by some store chain as a mini-holiday to celebrate veterans.

Local chains like Dunkin’ Donuts, Cumberland Farms, and Honey Dew Donuts are giving away doughnuts with the purchase of a drink. Krispy Kreme is just giving them away on any occasions it can find on the calendar. If you’re in the hunt to get free donuts, you’re in luck, my friend. Here are some best donut places in town to head to:

Krispy Kreme: The chain is handing out freebies in U.S. locations and in other geographies, including Australia, Bahrain, Kuwait, Turkey, Puerto Rico, Qatar, and a few other countries. Just walk into any store and pick up a glazed, powdered or filled donut of any variety and make your day!

Randy’s Donuts: The Los Angeles donut place will be offering free donut holes from 6am – 12pm. It is also planning a raffle for war veterans.

Dunkin’ Donuts: To get free donuts, you’ll need to buy a beverage. The chain is also raising awareness of the day on social media and other channels including using Snapchat filters to have millennials on board with the celebration.

Duck Donuts: With 30 locations on the east coast, the chain is offering patrons a free donut. To claim the offer, you can visit their Facebook page, and have a coupon sent to your email. To claim your sugar donut, you need to show that at the store.

Entenmann’s: In a big draw, 10 winners will be awarded free donuts for a year. Good luck, people!

Voodoo Doughnut: The chain behind the iconic Bacon Maple Bar doughnut and the Captain my Captain won’t be offering any free food this year. However, it is going to unveil a new type of donut.

Shipley Do-Nuts: The chain is largely located in the South and Midwest. You can claim a free doughnut anytime between 5 am and noon. A large chunk of the sales will be dedicated to the Salvation Army.

Starbucks Rewards will now be based on the money you spend

Anna Domanska
Anna Domanska is an Industry Leaders Magazine author possessing wide-range of knowledge for Business News. She is an avid reader and writer of Business and CEO Magazines and a rigorous follower of Business Leaders.
« An Entrepreneurs Guide to the Economy of Favors
World’s Most Expensive Motorcycles »
Leave a Comment
Close