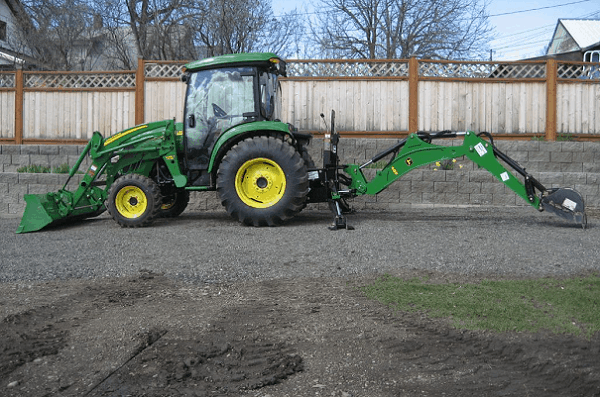 Deere & Co. published its fiscal third-quarter results showing that its earnings increased by 11 percent. However manufacturing expenses as well as a drop in international sales caused lower profit than it was initially expected by analysts. Deere & Co. reported a net income of 788.0 million, or $1.98 per share, for the quarter ended July 31, compared with $712.3 million, or $1.69 per share, for the same period previous year.

Deere & Co., a Moline-base company, reported its quarterly financial results on Wednesday. The company announced that it earned $788 million, or $1.98 per share for the quarter ended July 31. The earnings missed analysts’ estimates who expected $2.31 per share. Accordingly, revenue increased 15 percent to $9.59 billion missing the average estimate of $9.61.

Deere & Co.’s sales of tractors and other farm devices gained 14 percent to $7.27 billion. As for sales of construction and forestry equipment also produced by the company, it rose 23 percent to $1.66 billion.

Thereby the company decided to lower its sales and profit outlooks for a fiscal year of 2012. Deere & Co.’s top executives expect equipment sales for the ongoing year to gain 13 percent from 2011; in May they expected a 15 percent increase. In addition, Deere & Co. expects net income of $3.1 billon, $7.70 per share, compared with $3.35 billion or about $8.30 a share, in May. About $8.16 per share was a price expected by analysts.

Financial results of Deere & Co. caused astonishment among investors. The company’s stock dropped 7.5 percent at $74.10 per share on heavy volume.

As it was stated by both analysts and Deere & Co.’s officials, not only the sluggish economy is to be blamed for financial results lower than expected. Deere & Co., the world’s largest producer of agricultural equipment, has been affected by the ongoing drought in the Midwest. However the biggest issue of Deere & Co. is delays in production line, which probably affected the company most. Nevertheless, Deere & Co.’s officials have not changed the company’s sales outlook for farm equipment in the U.S and Canada since May, claiming that they still anticipate sale to gain 10 percent this year.

Jim Field, the Chief Financial Officer at Deere & Co., admitted that the company is going through some setbacks, but he blamed for that the introduction of new combines. The fact is Deere & Co. experienced deteriorating demand for its equipment in overseas markets. Demand for its product in once red-hot international markets such as China and India has slowed down. Demand in Europe also decreased because of the sluggish economy and eurozone crisis. Furthermore the stronger dollar is also to be blamed for the company’s flat sales in international markets.

But the future of Deere & Co. does not look so dark. New products with more advance technology will get customers’ attention. Moreover the ongoing drought in the Midwest, which has already affected the world economy, is said to become a future strong driver for Deere & Co.’s growth in the next fiscal year.