David Drummond resigned from Uber Inc. several weeks ago due to apprehension over clashes of interest between the two companies accumulated. He joined Google in 2002 and serves as a senior vice president of corporate development of Alphabet. Uber confirmed this news to The Wall Street Journal. Drummond joined the Uber board in 2013 when ride-sharing was still promising. His exit from the panel now points how Uber has become a significant player in Silicon Valley.

Uber now has 7 board members. These include media tycoon Arianna Huffington, shareholder Bill Gurley and Yasir Al Rumayyan, managing director of sovereign-wealth fund of Saudi Arabia. As for now, the company has no plans to fill the seat occupied by Mr. Drummond.

Uber Inc.Chief Executive Oficer, Travis Kalanick willingly expressed that David was a sage advisor and a personal friend. He added that the two companies will have unrelenting support and partnership. 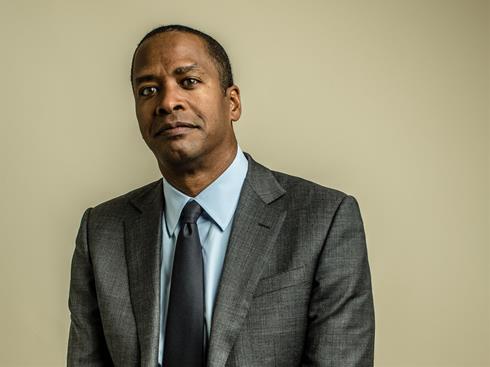 Drummond in a written note to Reuters says that he recently quit from Uber’s board due to the overlap between the two companies. Moreover, he continues that Uber is an exceptional company. And that it has been a privilege working with the Uber team over more than two years. GV will stay as a keen investor and Google will carry on partnering with Uber.

Technology news website “The Information” proclaimed that Uber had let out Drummond from board meetings, mentioning three people common with the situation. The company is also defending information from board member David Krane of GV.

Recently, Uber readdresses much of its focus on building an armada of self-driving cars, again a sweet spot for Google. Uber initiated a technology center in Pittsburgh to hire some of the top level mechanical minds from Carnegie Mellon University. And it has amalgamated with key automakers such as Volvo. Uber added that it plans to put semi-autonomous cars on the road by the end of August 2016 to pick up passengers.

This exit is very similar to when, Google’s subsequent CEO Eric Schmidt quit Apple’s board of directors in 2009. This was also over apprehensions about a quarrel of interest between Apple IOS and Google Android smartphone platform.

Earlier in August, Uber Inc. also claimed that it acquired Ottomotto LLC, a driverless truck venture originated by former Alphabet employees. This is a strategy to help it catch up to Alphabet’s driverless-car technology. Following the achievement, Uber allotted Anthony Levandowski, a founding member of Google’s driverless-car project, as the head of the self-driving vehicle project.

The two companies Alphabet and Uber contend in packing and food delivery as well. This inlcudes Uber Rush courier service and Google Express same-day delivery from provisions. Alphabet is trying its hands at a characteristic in its popular traffic app Waze. This app allows about 65,000 San Francisco area workers share rides together to work.

The corporations Alphabet and Uber also persist to work mutually. For example, Uber pays Google to comprise its ride-sharing facility as a transportation alternative when Google Maps users look for directions.

The San Francisco based start-up is also said to be spending 500 million dollars in a motivated global mapping project. This is to lessen its reliance on Google Maps.

Christy Gren
Christy Gren is an Industry Specialist Reporter at Industry Leaders Magazine she enjoys writing about Unicorns, Silicon Valley, Startups, Business Leaders and Innovators. Her articles provide an insight about the Power Players in the field of Technology, Auto, Manufacturing, and F&B.
« “Time is Money” – Great Apps for Time Mindfulness
‘Yahoo’ For CEO Marissa Mayer »
Leave a Comment
Close

: Visa is committed to perform better in the field of open banking sector by combining its networks and Tink’s modern technologies.
13 hours ago

Investment in IoTecha is linked with BP’s intention to produce over 70,000 public EV charging points globally by 2030
13 hours ago

Starlink, the satellite internet unit of Elon Musk’s SpaceX, will most likely be able to provide global coverage by September, according to the company’s president Gwynne S
2 days ago

The Ikea and Rockefeller foundations are jointly launching a $10 billion fund to promote small-scale renewable power projects in developing nations. Both
4 days ago