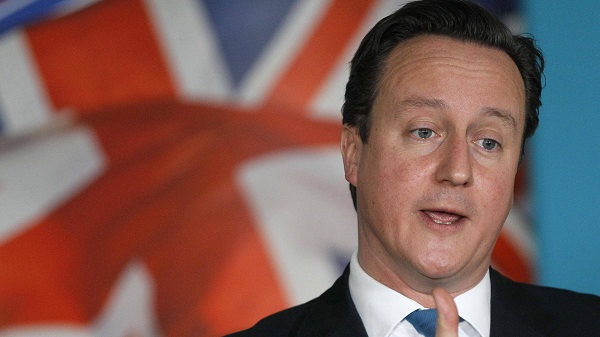 UK Prime Minister David Cameron arrives in India on the 18th of February with the biggest ever trade mission and will take part in three-day talks with Indian authorities. The delegation is aimed at tightening economic ties and increasing trade between the United Kingdom and India. UK Prime Minister David Cameron will be accompanied by a 100-person entourage, among which are parliamentarians and officials from companies and universities. The business delegation to India is a clear signal that the European nation is much interested in deepening relations with India which is expected to be the world’s third economy by 2050. However, the David Cameron’s trade mission to India will not be as smooth as the UK would want it to be due to a scandal over an Anglo-Italian helicopter deal.

The February trade mission to India is not the first visit to the Asia’s third economy for UK Prime Minister David Cameron. Certainly, this three-day business delegation, which comes only few days after a trade-focused visit to India made by French President Francois Holland, shows the increasing fierce competition even among European nations which have been recently struggling with a debt crisis. Both the UK and France are deeply interested in strengthening and deepening their economic relations with India – one of the world’s fastest growing economies. To establish deeper cooperation aimed at being “one of the defining relationships of this century,” UK Prime Minister David Cameron will have meetings with Prime Minister Manmohan Singh and President Pranab Mukherjee during his business delegation to India.

To achieve this goal, UK Prime Minister David Cameron is accompanied by more than 100 representatives from different spheres, including business, academic, cultural and political. The David Cameron’s trade mission is the biggest delegation of the UK Prime Minister in the history. Among companies, which are escorting the trade mission to India, are British Petroleum Plc, BAE Systems Plc, HSBC Holding Plc, the London Stock Exchange, Rolls-Royce Holdings Plc and other big names, not to mention 30 small and medium-sized businesses. According to some sources, several companies, including Intercontinental Hotels Group Plc, Brit Healthcare and Hinduja Global Solutions, are expected to announce contarcts.

Without a doubt, India is a tidbit for many countries as the Asia’s third economy is growing at the fast pace and is projected to be the world’s third economy by 2050. Therefore UK Prime Minister David Cameron and other European leaders are strongly interested in deepening economic ties with India. The increasing significance of the Asia’s third economy was underlined by David Cameron as he called ties, which link both nations, “special relationship.” It is worth mentioning that this phrase was usually reserved for relations between the UK and the US. Hence it is another proof that the center of inertia is shifting from the Western Hemisphere to the Eastern Hemisphere. And if the UK wants to maintain its position as the sixth largest economy in the world, it has to adapt to new conditions. The David Cameron’s trade mission to India is clear evidence that the UK is aware of the increasing significance of India and therefore it wants to establish deeper economic ties with India. David Cameron underlined in an interview in the Hindustan Times, “India is going to be one of the great success stories of this century – a rising power in the world. And I want Britain to be one of your partners as you grow and succeed.”

As the business delegation to India is so important, the UK Prime Minister has labeled eight areas where companies could get involved: infrastructure, finance, health care, education and defense. Certainly, the UK Prime Minister David Cameron will encourage the India’s government to open up its economy to foreign investment so that British companies would be able to launch their businesses in the Asia’s third largest economy. Undoubtedly, the UK is much interested in infrastructure sector as India is expected to spend as much as $1 trillion on infrastructure projects in the next five years. British companies have their eyes on these projects as they are going to be certainly beneficial.

Moreover,  David Cameron aims high as he wants to double trade between the UK and India from more than £11 billion in 2010 to as much as £23 billion in 2015, thus tightening trade relations between two nations.

As there are many obstacles on the road to success, UK Prime Mister David Cameron will have to face a scandal over the procurement of helicopters for use by VIPs in 2010. On the 15th of February, India’s authorities informed that it wanted to cancel a $748 million contract for helicopters produced by AgustaWestland over bribery claims. Therefore David Cameron will certainly have to answer many questions as helicopters are being produced in southwest Britain.

The scandal over the procurement of helicopters will not ease the David Cameron’s tasks as the UK Prime Minister wants revive interest in Eurofighter jet which is partly produced in Britain. Certainly, the UK and BAE System Plc are interested in selling the aircraft to India despite the fact that India’s authorities informed that they were in talks to purchase 126 Dassault Aviation SA Rafale planes from France, yet the contract was not signed.