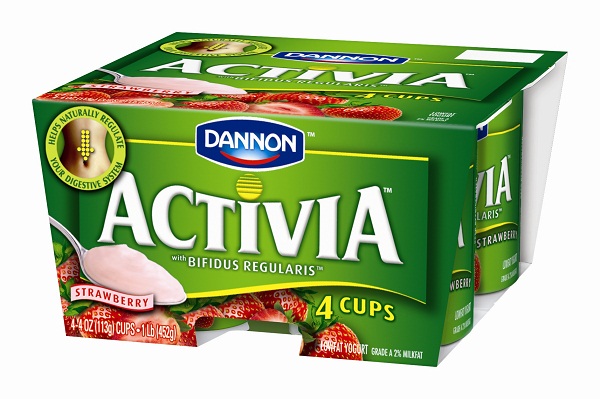 Danone SA informed on the 17th of October that its third-quarter revenue missed estimates as the group continues struggling in Southern Europe. Declines, which were noted in Spain and Greece, caused the weakest increase in sales of dairy products in three years. Danone SA, the world’s biggest yogurt maker, reported that it sales grew solidly in the third quarter because of its water business and strong growth in Asian market.

Danone’s sales jumped as much as 9.4 percent to €5.26 billion in the quarter as markets in Latin America, the U.S. and the Africa-Middle East region offset the weakness noted in Europe. According to the company’s statement, Danone’s revenue adjusted for acquisitions, divestments and currency swings grew approximately 5 percent. That result missed the 6.1 percent average of analysts’ estimates.

In addition, the world’s biggest yogurt maker, confirmed its full-year guidance of sales growth of approximately 5 percent to 7 percent and an operating margin of about 14.22 percent.

It was on the 19th of June when Danone SA cut it profitability forecast as it had been facing decreasing consumption in Southern Europe. According to data released on the 17th of October by Danone SA, sales of dairy products fell more than 10 percent in Spain and Italy in the third quarter. European sales, which account for approximately 60 percent of Danone business, dropped by about 1.5 percent in the third quarter dragged down by the aforementioned decrease of 10 percent in Southern Europe.

Danone SA admitted that the situation in Southern Europe was even worse than initially it had anticipated. Franck Riboud, chief executive officer at Danone SA, highlighted in the statement: . “Pressure on consumer spending in Europe continued and the situation deteriorated further in Southern Europe, affecting sales for the business lines most exposed to this region.” Danone SA also informed that it saw no chance for the change in 2013. The company has already started cutting prices in Spain.

Fortunately new markets have been offsetting not too good company’s results in Europe. According to data released on the 17th of October, Asian like-for-like sales increased as much as 18.3 percent.

Certainly food companies, including Danone SA, have been hurting due to the eurozone debt crisis as Europeans have been forced to cut their spending, especially in Southern Europe. Back in June Danone SA published a profit warning as its key market, Spain, had been particularly hard hit by the new trend. Spanish consumers have been turning to cheaper brands as a result of austerity measures implemented by the government and still increasing unemployment. The situation is not better in markets of Greece or Italy.

According to Andre Terisse, chief financial officer at Danone SA, the situation in Europe probably will not change, adding that the company expects the same weakness in dairy and medical in the fourth quarter of the year as well.