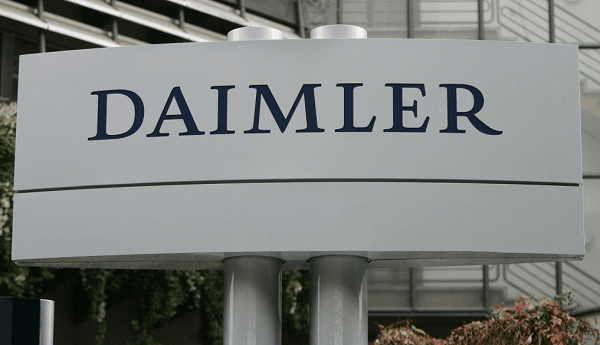 On the 12th of December, Germany’s Daimler AG informed that it appointed Hubertus Troska as a new member of the board. Hubertus Troska as the new member will be responsible for reviving sales of the Mercedes-Benz brand in China. The world’s third-largest maker of luxury cars decided to take this step as it saw a slump in its sales in the world’s biggest auto market. As it was underlined by Daimler AG, China was strategically important for the group, therefore the company chose to create a new position on its management board.

52-year-old Hubertus Troska has been appointed to newly created position and he will be responsible for the company’s operations in China with main focus on the revival of Mercedes-Benz sales in that market. The appointment takes effect on the 13th of December, according to a statement of Germany’s Daimler AG. As it has been stressed by Germany’s Daimler AG, China remains strategically significant for the company. At the same time  the company will remain committed to sales in the world’s biggest auto market.

Hubertus Troska is not someone from anywhere as he joined the company back in 1988 and since 2005 he has been running Mercedes-Benz truck operations for Europe and Latin America. Earlier he worked as a manager for the truck division in Mexico and the U.S, not to mention that he also gained experience in Mercedes car division in Turkey.

Germany’s Daimler AG is strongly convinced that Hubertus Troska will be the right man in the right place. The company believes that he is capable of ensuring that all challenges of the China’s market will be dealt directly and efficiently as well. According to the statement, Hubertus Troska’s contract expires on the 31st of December 2015.

Market analysts welcome news on the appointment with satisfaction as they are convinced that a change at the top was inevitable. They underline that operations and results of Mercedes-Benz in China have been disappointing. Experts also note that the appointment of Hubertus Troska substantially shortens the chain of command at the company, thereby the process of making decisions will be certainly facilitated. In addition, Germany’s Daimler AG decided to merge two separate sales units into a single body.

China is without a doubt the world’s biggest auto market. Car manufacturers from all over the world want to see their sales grow in the China’s market as they could offset weak results in other markets. Germany’s luxury carmakers have been tapping on China’s demand for luxurious cars. While BMW AG and Volkswagen AG’s Audi brand might be quite satisfied with their 2012 performance in the world’s biggest auto market, Daimler AG’s Mercedes-Benz saw a slump in its sales.

According to data, China’s Mercedes-Benz sales decreased as much as 6.6 percent in November, compared with a 26 percent growth posted by Audi. In the period between January and November 2012, Germany’s Daimler AG saw its China’s sales rise only 4.2 percent, while BMW posted a growth of almost 40 percent and Volkswagen AG’s Audi reported an increase of over 30 percent. Certainly these results are unsetting, given that only about a year ago Daimler CEO Dieter Zetsche announced that the company would top BMW in sales by the end of the decade. Therefore the decision to appoint Troska to oversee the China’s market is not surprising at all as the company’s plan is aimed at overcoming its weaknesses in the world’s biggest auto market.