German car giant Daimler has taken a stake in Uber-rival Taxify in a funding that values the Estonia startup at more than $1b (£750m) and the latest investment by Mercedes-Benz owner into ride-hailing services.

Taxify, which also has Chinese ride-sharing service Didi Chuxing as an investor, received $175m from Daimler in the founding round. Co-founder of Transferwise, Taavet Hinrukus, European fund Korelya Capital and Chinese Didi also participated in the stake, with almost 58% ($100m) of the total fund coming from the Mercedes-Benz owner. FT reports that Taxify aims to use the fund to increase its services in Europe and Africa.

A representative of Daimler will join Taxify’s board under this deal and the carmaker would incorporate the service into its moovel app, someone familiar with Daimler’s thinking disclosed.

Daimler is definitely planning for a future with different mobility. Recently, the German automaker acquired ride-sharing Car2Go and has invested in strings of similar companies which include Via, Flinc and Turo. The race is on for the most resourceful mobility app which would include parking and ride-sharing. BMW and Ford are also envisioning the same future where owning a car could mean mobile subscription service – paying per ride instead of owning a car. 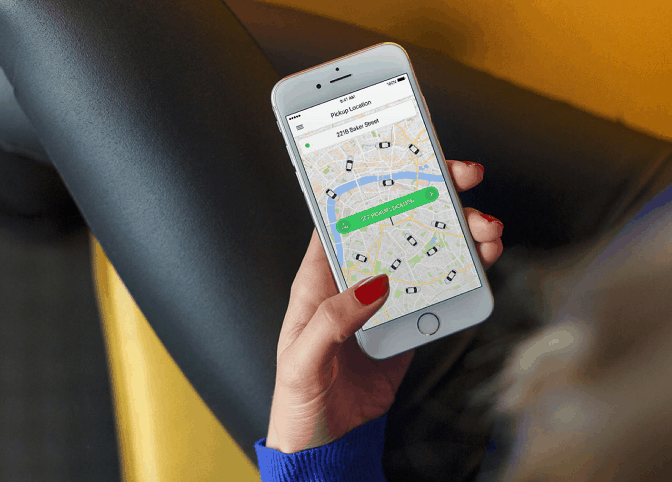 Taxify is a strong alternative to Uber in Europe, Middle East and Africa with its services available in 25 countries and 40 cities in total including Central America. Founded four years ago, Taxify is one of the fastest growing ride-hailing platforms in Europe. Currently, the Estonian startup boasts of 500,000 drivers and over 10 million customers globally.

Daimler head of new services Jorg Lamparter said the ride-sharing company is a great addition to the German automaker and will help to improve their mobility service portfolio. With the company’s fast-growing capacity, covering every geographical location, “Taxify is a prefer fit with Daimler”

Taxify, Lyft, Ola, MyTaxi and among other Uber rivers are stepping up the fight for a fair share of the lucrative ride-hailing service in Europe, with local startups more fierce by lobbying local regulators as they look to gain more market value in the region. Local rivals gain more opportunity through conflicts with regulators, such as the “stop operation” ban on Uber and Taxify issued by London in September due to safety and regulatory concerns.

Outside China, Uber remains the world’s largest player in the online ride-hailing market, though it has faced a wide range of business struggle for the past two years. It has also given up in many regions lately. Uber left Southeast Asia in March and retreated in Russia after merging with Yandex last year.

Taxify co-founder Villig said the company is hoping to restart operations in London soon, with negotiations going on between the company and regulators in the UK.

Anna Domanska
Anna Domanska is an Industry Leaders Magazine author possessing wide-range of knowledge for Business News. She is an avid reader and writer of Business and CEO Magazines and a rigorous follower of Business Leaders.
« World’s Most Dangerous Ice-Cream That Requires You to Sign a Death Waiver First
SoftBank Invests $2.25 billion in GM Driverless Car, Cruise »
Leave a Comment
Close