Cyanogen has begun rolling out OS 13.1 to eligible devices, which includes the OnePlus One. The update brings a new feature called Mod to the OS that was introduced back in February.

The Mod platform is basically a third-party app support that is built into the OS, to enable deep integration of apps and services into Android. It is open to hardware partners and developers who want to make their devices ‘Mod Ready’.

The Cyanogen OS 13.1 is based on the Android 6.0.1 Marshmallow version and Microsoft’s apps and services dominate the Mods available, reinforcing the partnership the two companies entered last year. 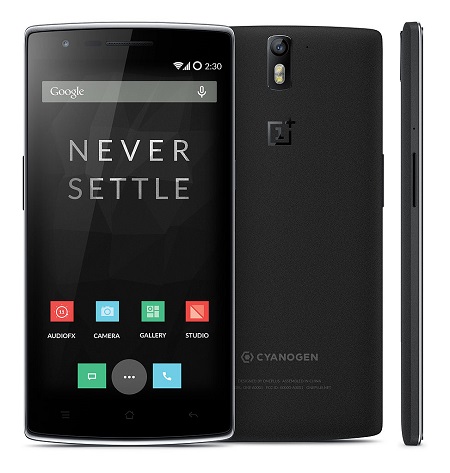 Beginning this year, Cortana was introduced to Cyanogen OS 12.1.1 and has now received an upgrade with Cyanogen OS 13.1.

Users can now ask Cortana to click a selfie and the assistant would display a countdown that notifies them when the picture will be clicked. The virtual assistant’s function has also been extended to the lock screen as a Lock Screen Mod, which should be enabled separately. Users can now wake up their device, by swiping left to interact with the voice assistant. However, the Cortana functionality is currently only available in the US.

As mentioned above, the Lock Screen Mods need to be enabled separately from Settings for privacy and security reasons. The Static Wallpaper option is essentially the lock screen wallpaper that is selected as default and users can select from other Mods already installed, including Happening on Twitter – which displays popular tweets from accounts users follow.

Most of the mods with the update include the Skype Mod, Cortana, and Hyperlapse. Users can now find all their Skype contacts and call history integrated within the phone dialer. They can place a Skype voice or video call from there and can also add Skype Credits directly from the dialer. Also, the voice calls can be upgraded to video calls by pressing a button.

Though not available in all regions, the OneNote Mod is available in the Phone and Email apps and can easily take notes while writing an email or in a call. It can be taken down any time from Quick Settings.

Microsoft’s Hyperlapse Mod has been included to the Camera app, allowing users to capture stable time-lapse videos, or convert any video in their Gallery app into a time-lapse one.

Anna Domanska
Anna Domanska is an Industry Leaders Magazine author possessing wide-range of knowledge for Business News. She is an avid reader and writer of Business and CEO Magazines and a rigorous follower of Business Leaders.
« Joie de Vivre: The Endless Charm of Vienna City
Microsoft Linkedin Duo Is Going To Take Over Your Whole Life »
Leave a Comment
Close