One such person is former Goldman Sachs banker and current CEO of Galaxy Digital Mike Novogratz. His company invests heavily in digital assets and is convinced that bitcoin will shoot for the stars, overcoming the temporary lull in its fortunes. On March 15, Novogratz went so far as to predict that the Bitcoin future price will reach half a million dollars per coin by 2027. He made this statement at the Bitcoin 2022 conference in Miami, surrounded by crypto enthusiasts. At the time of his prophecy, Bitcoin was priced at approximately $40,000. Novogratz mentioned that the performance of Bitcoin will continue to climb, eventually hitting a peak of $1 million. Today, Bitcoin is hovering close to $30,000.

Although it has started becoming a part of institutional portfolios, seasoned investors continue to remain skeptical as it is known for its volatility. 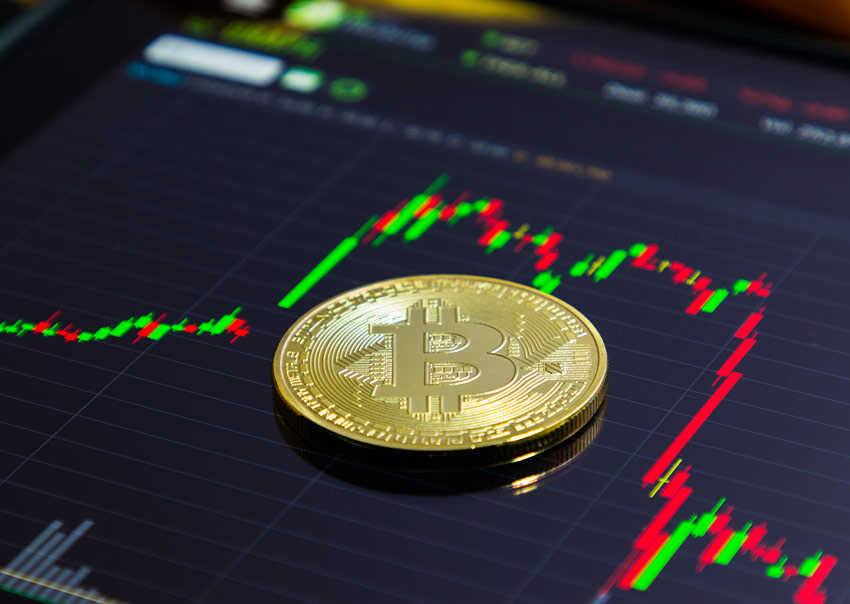 Bitcoin future price is expected to hit go above $500,00 after the halving event.

The Bitcoin halving event is unavoidable, after 210,000 blocks, as it is programmed into its source code. The halving results in a reduction of rewards for the creation of new blocks. Individuals and companies come together for Bitcoin mining so that they can share the rewards. A bitcoin halving event helps reduce supply, keeping demand high which eventually pushes prices higher. Bitcoin halving events also generate a lot of buzz and buyer interest that helps the crypto’s popularity.

On his Twitter account, crypto analyst Dennis Parker shared a chart on May 22 that shows Bitcoin’s colorful journey over the years. The color bands follow a logarithmic regression but is not based on any scientific methodology. As per the chart, every halving event helped increase the price of Bitcoin.

Furthermore, a Dutch institutional investor and the initial advocate of using the stock-to-flow (S2F) live model who goes by the name Plan B has predicted roughly the same thing. In his chart, he hints at an increase in price after a Bitcoin halving event. His model points to the fact that Bitcoin will hit $500,000 after the 2024 halving. His model studies the performance of bitcoin based on a refit of 18 million average S2F ratio and three years of new data.Wherever the price dipped, he has pivoted towards “Buy”.

In the past Bitcoin halving has resulted in massive price surges. So, it is not entirely too far-fetched to assume that bitcoin will reach $500,000. From $12 in 2012 bitcoin reached a peak of $68,000 in 2021. Although it has fallen in recent times, it is slowly gaining ground. Past trends indicate that demand and price increase after a halving, if not there is a risk that miners will quit as the reward is not satisfactory. This will result in no increase in the value of Bitcoin.

Only time will tell how Bitcoin will perform in the future. In the meantime, if history is any indication this is a temporary phase and the digital asset is set to soar higher than ever before.