Crypto Could Be the Guest Airbnb Wants to Stay Over

Airbnb is looking to have cryptocurrency stay over, but they haven’t issued an invite yet.

Crypto Airbnb. Two words we did not imagine together. But at the start of this year, Airbnb CEO Brian Chesky conducted an opinion poll. He reached out to tweeple for feedback on what changes they would like to see with regard to Airbnb. Like any other entrepreneur who is keen to hone his craft while maximizing profits he decided to approach his followers for relevant feedback. His question was simple. “If Airbnb could launch anything in 2022, what would it be?”

To everyone’s surprise, he was inundated with thousands of messages and happy with the response. Picking out some of the common requests, he compiled the top 6 suggestions and promised to work on the responses. He assured his followers that the company is considering all suggestions seriously and is already working on implementing most of them.

The most popular response he received was the suggestion to have Airbnb accept cryptocurrency payments. 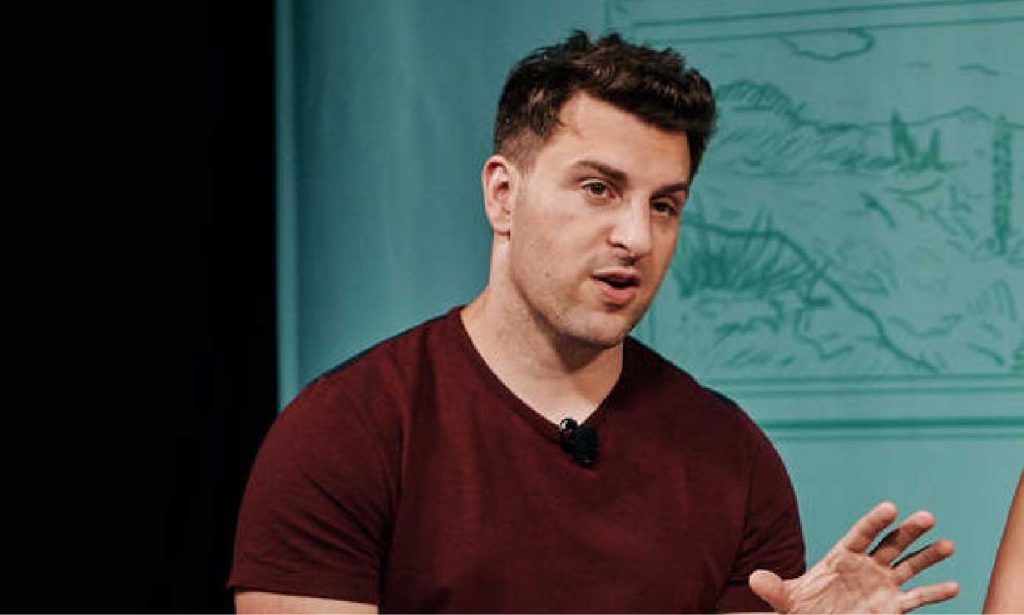 The brainchild of Brian Chesky, Joe Gebbia and Nathan Blecharczyk, Airbnb is an online marketplace for lodging, which revolutionized travel with affordable listings that disrupted the conventional hotel industry.

As of today, while booking, Airbnb lets you pay in two formats – as a single lump sum payment or in installments. Modes of payment include major credit cards, prepaid credit cards, debit cards, Apple Pay, Google Pay and Paypal. Airbnb does not accept compensation in cash or in any other form off the platform. Any such attempt is a violation of its code of conduct and can attract severe penalties.

Cryptocurrency is a digital form of money that can be used for trading, built using blockchain technology and only exists online.

While cryptocurrency has historically divided financial gurus, institutional players have slowly started accepting it as a form of payment in exchange for goods and services. It has not helped that most governments continue to remain skeptical, fearing misuse, and have not laid out proper regulations or policies.

Crypto valuations hit record highs in February 2021 after news broke that Tesla CEO Elon Musk is investing heavily in them. Although buying and selling crypto has become mainstream, institutions recognizing it as an acceptable mode of payment are small in number. This number is steadily increasing and governments are slowly reconsidering crypto to ensure ease of business and have started realizing its potential. Multinational companies like Microsoft, Starbucks and Mastercard gave their stamp of approval when they started accepting cryptocurrency as payment. This move also helped ease some concerns about their viability.

In April 2021, Chesky spoke to CNBC about Coinbase CEO Brian Armstrong who was one of the early employees of Airbnb and helped put together their payment platform. While he did not make any concrete promises, he did mention that Airbnb has been looking at cryptocurrencies as they can provide more economic empowerment and access.

Later, in October of the same year, the 40-year-old admitted that he has been plagued by requests for crypto payments for Airbnb for quite a while.

In its prospectus, Airbnb lists the following – “Our future success will also depend on our ability to adapt to emerging technologies such as tokenization, cryptocurrencies, new authentication technologies..”

Further, the billionaire founder followed up his tweet by mentioning that crypto payments are inclusive of a variety of token ideas. He also admitted that $336 billion has been processed in payments since 2013. Chesky’s tweet and promises to look into the feedback he received attracted worldwide attention. However, he did not mention the time frame by when people will be able to pay Airbnb with crypto.

Christy Gren
Christy Gren is an Industry Specialist Reporter at Industry Leaders Magazine she enjoys writing about Unicorns, Silicon Valley, Startups, Business Leaders and Innovators. Her articles provide an insight about the Power Players in the field of Technology, Auto, Manufacturing, and F&B.
« Is the WFH Revolution a Threat to Female Leaders?
The What and How of Leadership Excellence »
Leave a Comment
Close