A Crowdfunding Platform For More than Just Profits

The video game is a direct sequel to the first title in the series, Pillars of Eternity, which was released way back in 2015. If you’re wondering what this game is all about, then allow us to explain: It’s a game in which players are invited into the world of Eora, on the hunt for a 700-foot tall statue possessed by a reborn god.

The first title in the series earned nearly $3.98 million in 2012. To this day, it remains to be one of the most-funded projects on Kickstarter. In 2015, Obsidian Entertainment announced plans to take a seat on the advisory board at Fig, a new crowdfunding platform that rewards backers with equity investment. Pillars of Eternity 2 is the platform’s first ever project, and also the most successful one.

Crowdfunding on Kickstarter hit an all-time low for the first time around last year. As a matter of fact, the games category was down by 60 percent. The platform tasted sweet success back in 2015, when Shenmue 3 made more than $6.3 million and Bloodstained earned $5.5 million. The success of Pillars of Eternity 2 on Fig speaks volumes about the trends in the world of crowdfunding.

The decline of the video game category is ringing alarm bells. For the first time since its founding in 2009, Kickstarter has made less money, roughly 5.8 percent less than in 2016.

So, what’s happening? Is this the onset of the failure of video game category on crowdfunding platforms? 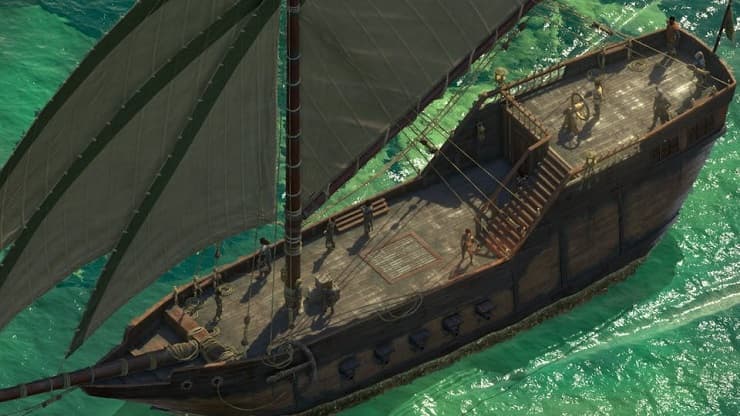 According to a market research done by Polygon, Kickstarter is no longer the leader in the crowdfunding market. Back in 2015, successful video game Kickstarters earned $41.5 million. The decline, however, was in 2016, when successful campaigns earned only $17 million. This is a 60 percent decline in revenue for the video game category. This is in spite that the number of successful campaigns in 2016 was the same as in 2015.

In 2016, tabletop category grew by 20 percent, generating revenue from $84 million to almost $102 million. The number of successful campaigns also rose by 24 percent.

In middle of the chaos, Fig has turned out to be a super successful platform for equity investment. Thanks to its lucrative offering, it has pulled major players from the Kickstarter platform. Under its kitty is now DoubleFine and InXile, as two of the most successful multi-million dollar campaigns from Kickstarter. Even though the company is under immense scrutiny by the U.S. Securities and Exchange Commission, the case has been dragging for months. Not so long ago, Fig helped DoubleFine’s campaign for Psychonauts 2 earn #4 million, while InXile’s Wasteland earned $3 million.

For a platform competing against an already established one, it’s quite a show of power. At this point, we should also keep into account the some of the smaller, but successful campaigns that took place on Fig. In its first full year, Fig raised $7.8 million from several small scale projects. This number of half of what Kickstarter did in its first year.

So, where did all the money go from Kickstarter? One cannot simply assume that a novice platform such as Fig swooped in and scurried away with a huge chunk of backers. It might be true that Kickstarter has seen an overall decline in the video game category in 2016. But we’re quite difficult to say where all the money went. What are the possibilities? Certainly, there must be some explanation we could produce to justify the astounding decline.

For starters, it seems consumers have lost their appetite for the crowdfunding video games entirely. Also, some high-profile projects have failed to deliver on their lofty promises. This, in general, may have soured them in the eyes of the crowdfunding backers.

Secondly, it’s quite hard to ignore the indubitable growth of tabletop games. Latest figures suggest tabletops could even be stealing a major chunk of revenue from the video games category. While people do enjoy playing games on their computers, it’s hard not to refrain oneself from spending a good amount on board games.

It’s an exciting time in the crowdfunding industry. From wasted money to undelivered games, the industry is not short of controversies. It’s a complicated matter, however, Fig seems to have learned how to navigate without falling into some of the most common pitfalls. Perhaps, video games could lead the way in the rise of crowdfunding platforms such as Fig, and lure back scorned investors with the prospect of equity and more.

One major hurdle is that Fig is awaiting SEC approval. Once approved, it might become a viable force in the world of gaming. It’s hard to imagine the platform opening up its doors for media, film or other entertainment products. But it’s certainly not to be ignored. Fig may have spent a lot of time in the spotlight over the SEC controversy but it’s paving the way when it comes to giving the consumer more than what they want.

Whatever the case it, it seems equity crowdfunding platforms are here to stay. It will be interesting to see how independent developers are able to juice the platform.

Anna Domanska
Anna Domanska is an Industry Leaders Magazine author possessing wide-range of knowledge for Business News. She is an avid reader and writer of Business and CEO Magazines and a rigorous follower of Business Leaders.
« Breaking Glass Ceiling in the Cannabis Industry
Toys R Us to deal with bankruptcy through augmented reality »
Leave a Comment
Close