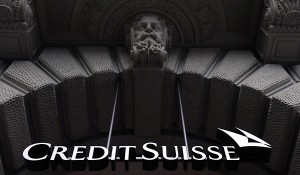 The CoCo – contingent convertible – bonds, are so called because they convert into shares if the bank hits trouble, and are being sold by Credit Suisse to Qatar Holding and Olayan Group, the two large Middle Eastern shareholders that backed Credit Suisse in the thick of the financial crisis.

This follows Switzerland’s recent suggestions to its two biggest banks UBS and Credit Suisse to issue this type of bonds to meet tougher capital rules aimed at strengthening them post-credit crisis.

Largely untested, with institutional investors having given them a cool reception so far, Credit Suisse’s issue of CoCo bonds is being looked at quite positively in the market. Designed to give the bank an extra shield if its capital is eroded, CoCo bonds act as peace offerings that replace existing hybrid debt.

The Swiss bank’s chief executive Brady Dougan said the transaction “supports our conviction that contingent capital can be a material source of capital for the banking industry.”

“It has been a bit fast forwarded,” said Philippe Bodereau, head of European Credit Research at Pimco, the world’s biggest bond fund. “We are fairly open to these instruments after being satisfied with the structure and pricing.

Credit Suisse’s CoCos only convert into shares if the bank’s common equity Tier 1 ratio falls below 7%. Given that this ratio stood at 12.7% at the end of 2010, it would take a very nasty shock to the bank or the markets to trigger the conversion.

Qatar and privately owned Saudi Arabian conglomerate Olayan invested in Credit Suisse in October 2008 and each also owns just over 6% of its shares, so a conversion of the CoCos would lift each holding to more than 10%.

“As conversion is remote and highly unlikely, it’s not dilutive to an earnings per share calculation,” CS Chief Financial Officer David Mathers said.

The CoCos will pay 9-9.5 percent annual interest and be issued in exchange for cash or hybrid capital. The exchange will not occur before October 2013.

Credit Suisse also said it was looking at offering more of the “buffer capital notes”. This could happen as early as this week as the bank is meeting investors in Europe, Hong Kong and Singapore to discuss the issuance of more, people familiar with the matter said.

“The coupons are attractive but there are quite big risks as well, and many moving parts to capital ratio triggers,” Pimco’s Bodereau added.

Analysts estimate the CoCo market could swell to more than USD 1 trillion, but that depends on finding buyers — such as wealthy individuals through private banks, hedge funds or mainstream debt investors.

“CS has been amongst the most bullish proponents of the CoCo market and the fact it has successfully completed the largest transaction of any bank to date should give encouragement that there is appetite for these securities amongst investors,” said Evolution Securities analyst Piers Brown.

UBS on the other hand, is not as forthcoming as Credit Suisse in issuing CoCo bonds, with Chief Executive Oswald Gruebel proposing bonds that lose half their value if the bank’s capital falls below a set level as an alternative.

UBS has made their preference clear with regards to CoCo bonds, CEO Gruebel saying on Sunday that “CoCos dilute the share capital. We do not want that”.

“The pressure is clearly on UBS to do something now,” said Helvea analyst Peter Thorne.

So what will UBS come up with ? Watch this space for more…

Anna Domanska
Anna Domanska is an Industry Leaders Magazine author possessing wide-range of knowledge for Business News. She is an avid reader and writer of Business and CEO Magazines and a rigorous follower of Business Leaders.
« Fairtrade, Fairmined gold on sale in UK
Sanofi to acquire Genzyme for $20.1 Billion »
Leave a Comment
Close