The Rise of the Robot Chefs in the Food Industry

For $6, you can get the world’s freshest cheeseburger crafted by a 14-foot-long robot. The culinary expert has been in the making for the past eight years and costs under $1 million.

Creator is the brainchild of Alex Vardakostas, who practically grew up flipping burgers at his parent’s burger joint. At the end of June, Vardakostas plans to open a location in Folsom Street, San Francisco. According to Statista.com, it’s one of the five priciest neighborhoods in San Francisco. Its neighbors are LinkedIn, Microsoft, Salesforce.com and Yelp. 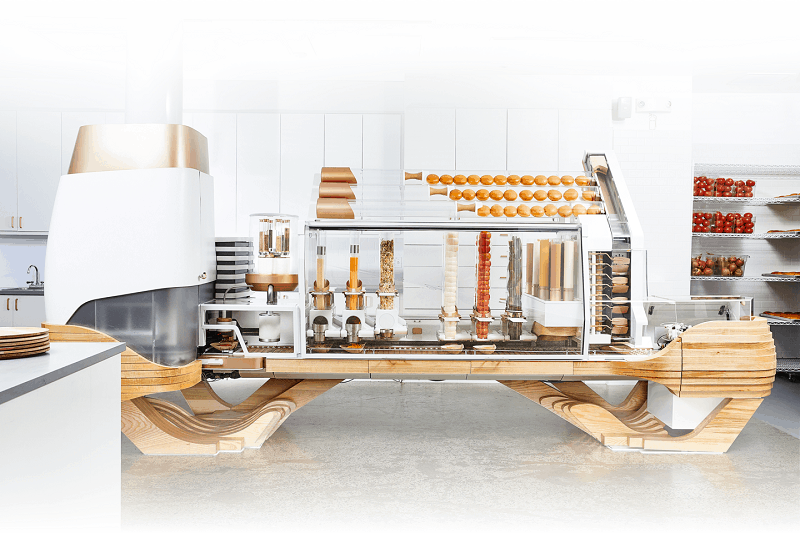 The burger-making robot chef will do everything – from slicing and toasting of the buns to adding toppings after cooking the patties, dispensing sauces and dusting seasonings down to the gram.  Once assembled, the burger will roll off a conveyor belt stacked with tomatoes and lettuce; it will then be delivered by human hands to the customer. The burgers are paired with a veggie salad or a healthy farro but you can still opt for fried if you’re looking for the classic American meal.

The restaurant’s staff is paid $16 an hour and are encouraged to use 5% of their time doing something that may benefit them in the long run. Books are available to read, so staff can spend their time reading. Alex Vardakostas hoped to revolutionize the way the restaurant industry operates, more so by treating employees the right way.

Creator is backed by Google Ventures, Khosla Ventures and Root Ventures, among a bunch of investors. Its SEC filings show the startup raised more than $18.3 million in 2017, and at least $6 million in 2013.

Other entrepreneurs have tried their hand at making food robots. More recently, Miso Robotics’ burger-flipping robot Flippy made headlines for handling 12 burgers at once.

If you are keen on giving it a try, you can buy early access tickets on July 10 from Creator’s official website.

Anna Domanska
Anna Domanska is an Industry Leaders Magazine author possessing wide-range of knowledge for Business News. She is an avid reader and writer of Business and CEO Magazines and a rigorous follower of Business Leaders.
« Saudi Aramco IPO delayed until 2019
Italy wants 1 Million Electric Cars on the Road By 2022 »
Leave a Comment
Close