Creating solar, wind power now is as cheap as other energy sources 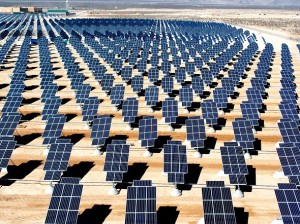 It has been a long-held dream for the solar and wind industries in the United States to generate energy at a cost equal to conventional sources like coal and natural gas. That day seem to be dawning soon.

Since the last five years, the cost of providing electricity from wind- and solar-power plants has plunged, so much so that in certain markets generating renewable energy is cheaper than coal or natural gas.

According to utility executives, the trend has gained momentum this year with many companies signing contracts, known as power purchase agreements, for solar or wind at costs way below that of natural gas, mainly in the Great Plains and Southwest, where wind and sunlight are abundant.

Those prices were made feasible by plenteous subsidies that could soon decline or lapse, but latest analyses state that even without those subsidies, alternative energies can often compete with traditional sources.

“It is really quite notable, when compared to where we were just five years ago, to see the decline in the cost of these technologies,” said Jonathan Mir, a managing director at Lazard, which has been comparing the economics of power-generation technologies since 2008.

However, Mir noted that the hidden costs need to be taken into consideration for both renewable energy and fossil fuels. For instance, solar and wind farms generate power sporadically when the sun is shining or the wind is blowing and that needs utilities to have readily available power on call from other sources that can react to fluctuations in demand. Besides that, conventional power sources lead to pollution, like carbon emissions, which face increasing restrictions and costs.

Experts caution that the reduced prices do not mean wind and solar farms can soon replace conventional power plants.

The cost of electricity sold to utilities under contracts that are long-term from huge-scale solar projects has plunged by more than 70 percent since 2008, mainly in the Southwest, according to the Solar Energy Industries Association.

The average cost to install standard utility-scale projects has declined more than a third since 2009, with higher levels of production. The drop in the price extends to homeowners and small scale businesses as well; in 2013, the prices for residential and commercial projects fell nearly 12 to 15 percent from the year before.

The same holds for the wind industry too, with prices dropping by more than half in recent years.

Emily Williams, manager of industry data and analytics at the American Wind Energy Association, a trade group, said that in 2013 utilities signed “a record number of power purchase agreements at what ended up being historically low prices.” “We’re finding that in certain regions with certain wind projects that these are competing or coming in below the cost of even existing generation sources,” she added.

Both solar and wind sectors have managed to cut down costs through a mix of advanced technologies and approaches to financing and operations. Even then, the industries are not ready to give up on their government supports just yet.

The solar industry is looking to elongate a 30 percent federal tax credit that is set to fall to 10 percent at the end of 2016, while the wind executives are seeking the renewal of a production tax credit that Congress has allowed to expire and then revived many times over the last few decades.

Anna Domanska
Anna Domanska is an Industry Leaders Magazine author possessing wide-range of knowledge for Business News. She is an avid reader and writer of Business and CEO Magazines and a rigorous follower of Business Leaders.
« Google Offers 1TB of Google Drive Storage Free With Selected Chromebooks Ahead Of The Holiday Season
China Levies $140 Million Tax Settlement on Microsoft Corporation »
Leave a Comment
Close