Create Food Out of Thin Air

On February 20, 2017, the world awoke to a headline cruel headline that should have no place in the 21st-century: Famine had been declared in parts of South Sudan, putting about 42% of the country’s population on the brink of starvation. Aid agencies feared an official famine declaration in South Sudan meant that thousands had succumbed to starvation. This famine was the first to be declared since the 2011 East Africa drought, where an estimated 2.6 million died of starvation between the summer of 2011 and mid-2012. Said to be “the worst in 60 years,” the drought-affected the livelihood of 9.5 million people. Meanwhile, Venezuela’s devastating six-year economic crisis has sparked severe shortages of food, fuel, and medicines, where 6 to 8 million people are constantly living under extended spells of starvation, risking long-term damage to their health, humanitarian organizations have warned.

According to last Encovi – Encuesta de Condiciones de Vida, or Living Conditions Survey, 80% of homes in Venezuela are food insecure; driving kids as young as 15 to plunder houses and shops, rob food from a passerby in order to support their starving family.

Despite the world’s hard-earned progress against hunger and malnutrition, global hunger numbers are rising to levels last seen in 2010. While hunger is a predictable, treatable and preventable events, when compounded by climate change and conflict, becomes a tough challenge to solve. It is estimated that climate change will expose 600 million more people to hunger and inequality by 2080.

What’s alarming about this estimate is that droughts and floods caused by climate change will be the key factors driving global hunger in the future. As temperatures become more unnatural, and events such as droughts and flooding become more frequent, finding staple foods that can survive on an unreliable water supply will prove to be a challenge. 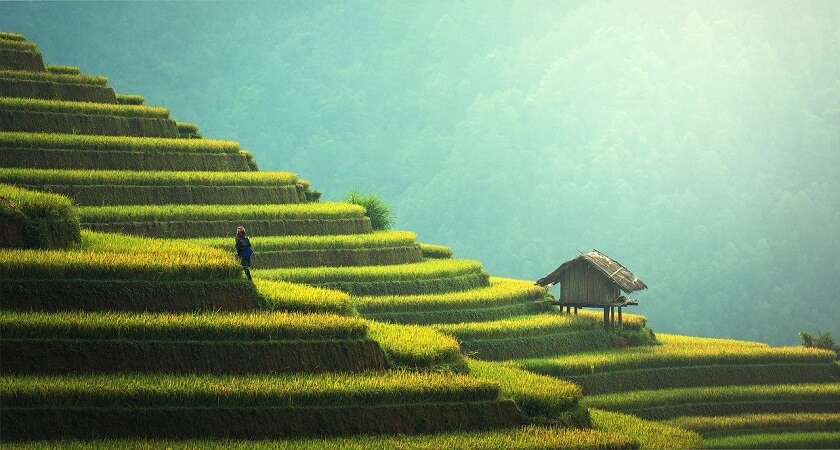 It is estimated that climate change will expose 600 million more people to hunger and inequality by 2080.

But there are organizations using advancements in science and technology to support nations where climate change is affecting the agricultural ecosystems. One such company is food tech start-up Solar Foods, which has created a climate-friendly, protein-rich power made from carbon dioxide, water, and electricity. Solein, a high-protein, flour-like ingredient contains 50 percent protein content, 5-10 percent fat, and 20-25 percent carbs. According to its makers, it looks and tastes like wheat flour, and could become a protein ingredient in existing food such as bread, pasta and plant-based dairy, drinks, and meals after its initial launch in 2021.

Solein was developed in collaboration with VTT Technical Research Centre of Finland and the Lappeenranta University of Technology. It is made by applying electricity to water to release bubbles of CO2 and hydrogen captured from air. Even the electricity used for the processing is carbon neutral, for example, solar, wind or hydropower.

The microbes in the growth medium eat these nutrients to grow and multiply. As the mixture becomes thicker some of it is continuously removed and dried. The dried powder called Solein protein are whole cells made of up to 65% protein. Solein is similar to that of dried soy or algae.

The production of Solein protein is 100 times more climate-friendly than any known animal or plant-based alternative. It doesn’t rely on large quantities of water or land, both of which will become scarcer in future.

“By hectare Solein yield is 10 times more than photosynthetic plants even if the electricity for Solein production would be from solar panels (that needs quite a bit land area),” said Solar Foods. 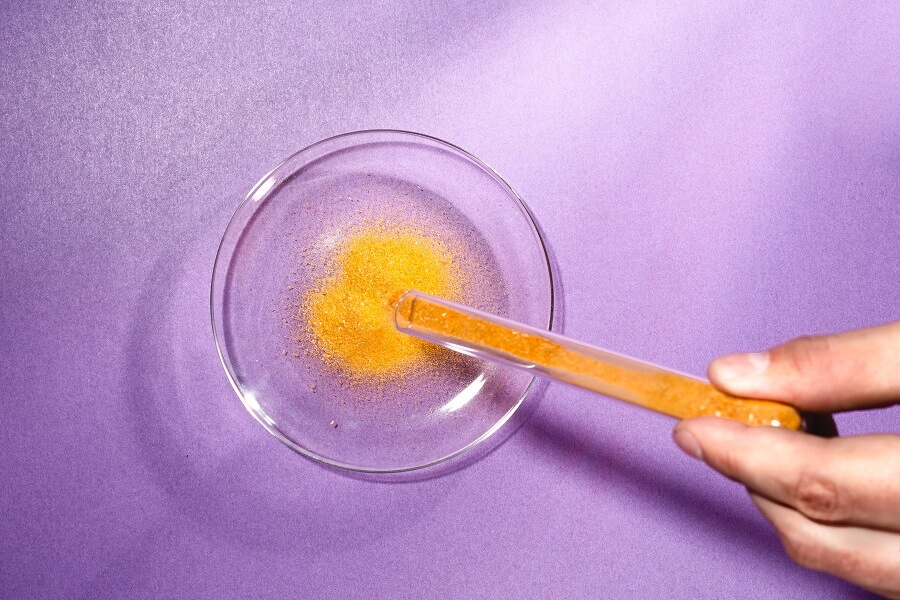 Solar Foods claims that the product is sustainable and energy-efficient. “The efficiency from electricity to calories is about 20%.” (Image: Solar Foods)

“Solein is the most environmentally friendly protein. If it replaces meat in the human diet, its climate impact is significant.”

The next goal for Solar Foods is to produce proteins for space flights to Mars. The Finnish company has joined hands with ESA Business Incubation Centre (ESA BIC) Finland to develop an innovative solution for food production in Space conditions and years’ long missions for Mars.

Solar Foods plans to produce enough power to 2 billion meals a year by 2022. Here we have Pasi Vainikka, CEO and Co-Founder of Solar Foods, offers more insights on the inception and future of the Finnish company.

INDUSTRY LEADERS MAGAZINE: How did Solar Foods get its name?

PASI VAINIKKA: Originally, we were thinking a one extreme scenario where food is produced in deserts with cheap solar PV. Later it may have got other meanings too, as we do have the ESA project.

INDUSTRY LEADERS MAGAZINE: What made you so passionate about the issue of world hunger?

PASI VAINIKKA: We are passionate about the sustainability of the planet. That is a problem, also poor nutrition. Perhaps it is less of hunger. 25% of the global emission due to human action is due to what we eat. Not much has been done about it. We have a chance to make a huge impact here. We need a fundamentally more efficient food system.

INDUSTRY LEADERS MAGAZINE: Have you encountered any resistance to the idea of producing Solein?

PASI VAINIKKA: Very little. Times are different now. People are open to sustainability talk, and getting more and more familiar to new foods such as plant-based meat alternatives. We are happy to blend into that movement.

INDUSTRY LEADERS MAGAZINE: What do you think the solution is to the problem with carbon emissions? Should change come from the government, from ethical companies like Solar Food, or from somewhere else? Or a combination?

PASI VAINIKKA: We need to empower the individual. Whether it was governmental regulation initially, or not, we need to give people real choices. If we do, people are happy to take them. Sustainable, and better choices. That is the job to do for startups like us. To deliver those choices.

Regulation can push and create “windows for opportunities”. The least what they need to do is to support research and development.

For example, in the EU a ceiling was set for all the car manufacturers for the maximum average emission of the annually sold fleet. That needs to be met, the solution is up to the companies. That started the electric vehicle development that we see today. That created a window of opportunity, and we will have better cars, practically unlimited power and torque, with a fraction of emissions.

The same will happen in food. Perhaps without even such strict regulation.

INDUSTRY LEADERS MAGAZINE: Where will Solar Foods go next? Any exciting plans for the future?

PASI VAINIKKA: We plan to make an investment decision to a commercial factory this year. Also, we aim to show people the first food product drafts. We are raising funds for that now.

Anna Domanska
Anna Domanska is an Industry Leaders Magazine author possessing wide-range of knowledge for Business News. She is an avid reader and writer of Business and CEO Magazines and a rigorous follower of Business Leaders.
« US Stocks Take A Hit Following Coronavirus Spread
Victoria’s Secret Label to Get a Makeover »
Leave a Comment
Close