Owner of Risverstone Holdings is now a billionaire with his share prices going up, keeping up with the increasing demand in protective gloves across the world.

The Covid-19 virus has turned the world upside down with most manufacturers and industries reporting losses and bankruptcies. But there are some that have benefitted in the times of crisis. Most are associated with healthcare and similar ancillary industries.

One of the beneficiaries is Malaysia’s rubber industry. With the demand for disposable and rubber gloves going up in the world, a glove maker in Malaysia, the co-founder of the Riverstone Holdings Ltd., has become the fifth-richest billionaire in the country. 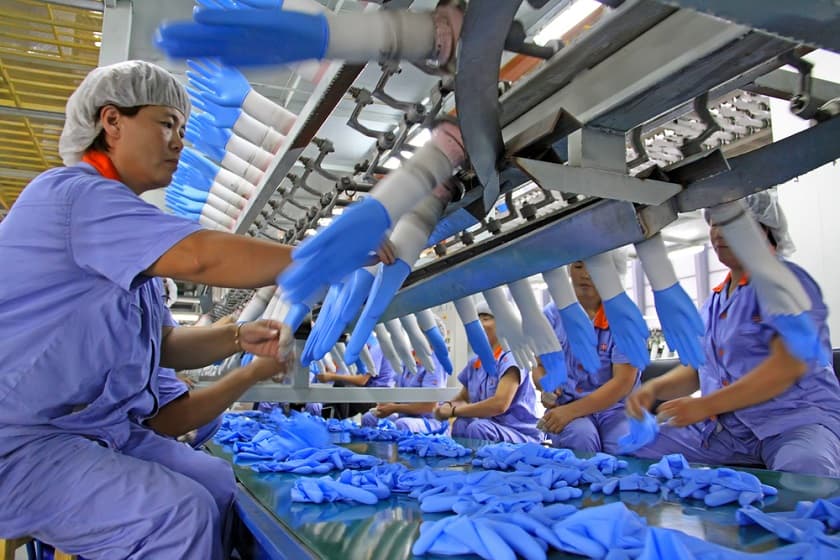 Malaysia produces about 65 percent of the world’s supply for rubber gloves, and the Plantation Industries and Commodities Ministry estimates exports will climb 45 percent this year.

Wong Teek Son, started the company in the 1980s. He was a research scientist before getting into the rubber business.

Wong co-founded the company in 1989 after quitting his research chemist job at a firm that supplied cleanroom products. He said it was not a planned venture. “The opportunity presented itself only because the company I worked for shut down, and we were able to use their production lines,” he said in an interview with the Singapore Exchange in 2016. The competition in the cleaning business was tough and many companies closed down during that period. “We realized we needed to provide a service to our customers.”

With the demand for protective equipment going up this year, his company shares have seen a six-fold increase from March. His personal fortune has reached $1.2 billion.

Leading out of adversity

The world’s desperate search for a vaccine cure for the disease or a therapeutic cure even may see the demand for protective gloves coming down.

Russia has already announced the registration of its Sputnik V vaccine, though the world is not convinced of its efficacy. AstraZeneca, Gilead and Johnson & Johnson are all very confident of their clinical trials of the vaccines bearing fruit. So much so that the US has committed nearly 3.5 billion to Moderna Pharmaceuticals and others under its Operation Warp Speed to hurry up the research and clinical trials.

Many companies supplying protective equipment like masks and gloves saw a dive at the bourses after the vaccine announcements. Riverstone slumped 13 percent in its worst week since March.

“Even though a vaccine may not result in lower demand for gloves, investors may sell their shares in anticipation that it’ll reduce the number of cases,” noted RHB Research Institute analyst Alan Lim in an Aug. 13 report.

Malaysia produces about 65 percent of the world’s supply for rubber gloves, and the Plantation Industries and Commodities Ministry estimates exports will climb 45 percent this year.

Malaysia’s other glove-making companies such as Top Glove Corp. and Hartalega Holdings Bhd. are now among the five most valuable companies on Malaysia’s equity benchmark index. The companies saw a jump of 192 percent in their share values this year, lifting the net worth of their billionaire founders, according to the Bloomberg Billionaires Index.

Businesses that do well in times of distress due to their accidental fortune in being the suppliers of in-demand products have to be weary of the demand petering off once the crisis is over. The savvy ones are smart enough to realize the fact and use the opportunity to expand the business vertically.

Anna Domanska
Anna Domanska is an Industry Leaders Magazine author possessing wide-range of knowledge for Business News. She is an avid reader and writer of Business and CEO Magazines and a rigorous follower of Business Leaders.
« 2020 Corvette C8 stands as This Year’s Indy 500 Pace Car
Norway’s sovereign fund lost $21 billion in first half »
Leave a Comment
Close