Most popular topping among pizza lovers, pepperoni, is facing a shortage in the US, but the pizza makers are hoping it is a temporary shortage and things will ease out.

COVID-19 is causing food-related shortages. Will pepperoni shortage be next?

Pizzas might be Italian in origin, but it has become popular comfort food for almost half of the world’s population. According to a pizza fun fact website, nearly 94 percent of Americans eat pizza regularly, and 40 percent of all pizza orders want their pizza topping to be pepperoni.

According to a survey conducted last year by YouGov, a majority of people, 53%, selected pepperoni as one of their top three favorite pizza toppings.

But pizza owners across the US are saying they are finding it hard to lay their hands on this popular topping. With most meat processing factories facing a shutdown or a drastic cut in attendance due to a high incidence of Covid-19 spread among the workers, pepperoni is hard to come by. 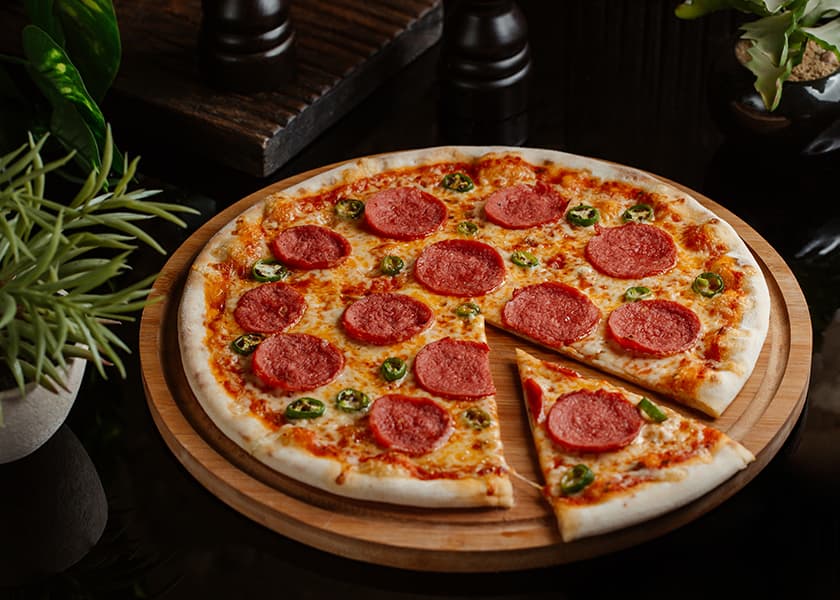 The pepperoni shortage has caused prices to almost double compared to last year.

The pepperoni shortage has caused prices to almost double compared to last year. Also, pepperoni is not an easy topping to make. It is made from a cured mixture of pork and beef. It’s then seasoned with spices such as paprika and chili pepper to give it that slightly smoky flavor that goes so well on top of a pizza.

“Pepperoni is labor-intensive and has a low-profit margin, hence some producers have opted to make less as they focus on remaining efficient in their other operations during the COVID-19 pandemic,” said Barry Friends, a partner at foodservice consultancy Pentallect, to Bloomberg.

Pepperoni Shortage: Pizzas may just have to make do with other toppings

Pork processors “are basically just shipping out large pieces of meat for further processing,” Friends added. “They’re not doing as much because they don’t have the people to do the work.”

It is the smaller pizzerias that are feeling the pinch rather than the larger chains like Domino’s, Pizza Hut and Papa John’s as they have regular agreements with suppliers. Furthermore, fast food suppliers are doing a roaring business in these lockdown times. Takeaways are more popular than sit-down restaurants.

The demand is higher than normal times, with most people stuck at home and looking for more accessible options for their food cravings. Pizzas are the most accessible go-to food for most.

Small pizza shop owners are reluctant to increase the prices in fear of losing business to the big chains.

“It’s an American right to have pepperoni on pizza,” said a small pizzeria owner Matthew Hyland said. “Pepperoni is such a huge part of pizza; it’s important to us that we keep it accessible.”

So he is ready to keep paying the higher prices for the pepperoni till things ease out a little.

Major meat brands like Smithfield Foods, Tyson foods are reporting a decline in meat output. Big grocery chains like Costco and Kroger say consumer purchases of meat products have also gone down because of the general scarcity of meat products.

Many brands are announcing shortages in supply, including Dr. Pepper, the popular soda brand.

In a cheeky sympathetic exchange on social media, one of the toilet paper brands, Charmin replied to the message of shortage by Dr. Pepper by writing, “We feel your pain.’

Toilet papers were the first things to disappear off the supermarket shelves once the Pandemic was announced.