Scientists in Philippines have discovered a new plant species with a very interesting ability that might be the key to cleanse the earth of its toxicity. 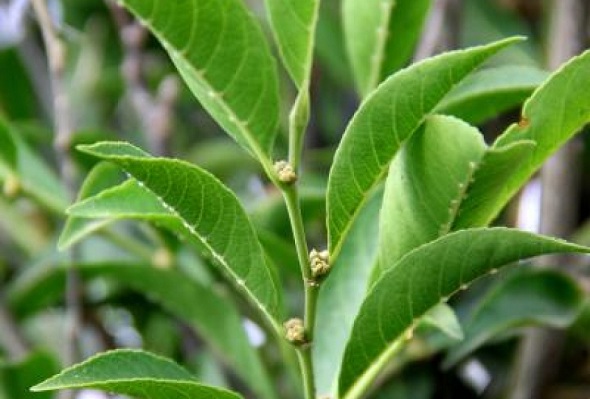 Image: Rinorea Niccolifera, discovered in Luzon Island, Philippines eats 1000 times more metal than most other plants without getting poisoned.

According to the scientists at University of Philippines, Los Baños, in a recently published a report in the journal PhytoKeys, a plant species, Rinorea Niccolifera eats 1000 times more metal than most other plants. In other words, the plant species is a ‘hyperaccumulator’ and can accumulate up to 18,000 ppm (parts per million) of nickel in its leaves without being poisoned.

“Hyperacccumulator plants have great potentials for the development of green technologies,” said Dr. Augustine Doronila of the University of Melbourne, a co-author of the report, in a statement. Dr. Augustime Doronila, pointed out that Rinorea Niccolifera is indeed a valuable plant for uses such as phytoremediation (using plants to remove contaminants from the environment) and phyto-mining (employing plants in the recovery of valuable metals.)

Nickel hyperaccumulation is accounted as a very rare phenomenon. Till date only 0.5-1 percent of plant species (growing on nickel-rick soils) have been recorded to show such unusual behavior. There are about 450 plant species in records with nickel hyperaccumulation ability which is still quite minuscule in proportion to the estimated 300,000 species of vascular plants.

According to Dr. Marilyn Quimado, the area where Rinorea Niccolifera was discovered – western part of Luzon Island is known for being a heavy metal rich soil.

David E. Salt, Associate Professor of Plant Molecular Physiology at Purdue University “Metal-eating plants have this extraordinary capacity to accumulate metals, and they do this in the wild without any interference from man” told National Geographic in 2001. “They just do this for a living.”

David E. Salt led a team that used cloning of genes in order to allow hyperacculumation in plants for industrial cleaning traits. Metal eating plants have been a fascination for researchers since a long. Most of them see it’s a solution to cleaning industrial contamination as well as cleaning up the soil that absorb high concentration of heavy metals.

Metal-eating plants can reduce time and mechanical efforts during environmental cleaning routines in industrial areas. However, one setback in the process can be the availability of such plant species in specific areas where the habitat doesn’t support its natural existence.

Scientists haven’t figured out why some plant species absorb more metal than others, however one plausible explanation could be a defense mechanism evolved around the years to keep animals from eating them. Currently, a high amount of research has been going on in the field of hyperaccumulators that can be used for purposes such as extraction of metals from poisoned areas.

Study on the newly discovered Rinorea Niccolifera can be found here.