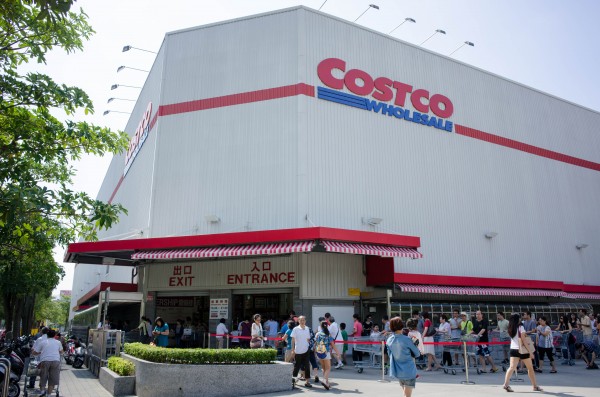 Everyone has had the experience of shopping in a big-box store such as Wal-Mart or a fast-food chain like McDonald’s and seeing them staffed with many unhappy and unhelpful people. Costco, a competitor of Walmart, however, is a living example of how the largest employers in front-line services can afford to pay their workers good living wages.

In 2004, Costco’s co-founder and recently retired CEO, James Sinegal envisioned a strategy that depended on his progressive vision of paying its workers $17 an hour. Albeit, being heavily criticized by Wall Street analysts for zeroing in on customers and workers rather than shareholders, Costco stuck to the idea of rejecting the demands of Wall Street for higher profits.

The greatest employers such as Walmart, Target McDonalds, Yum! Brands (owner of Taco Bell, KFC and Pizza Hut), etc. in the front-line service industries sector employ 4.3 million people, just 14% of the 29.9 million workers in this sector.

With its market influence and the relentless power to squeeze suppliers, Walmart continues to create low profits and low wages for Cosco within the global supply chain. Underneath Walmart is a vast number of small suppliers, whose razor-slim profit margins are the basis of the fatter margins enjoyed by the giants.

The question now is whether this approach will be able to survive the change of leadership and whether the company will become the target of a hostile takeover.

No bitterness intended but at a place like Wall Street where people strategize on making money between now and Thursday, Costco believes in making a company that stays in the global view 50 and 60 years from now.

Why investing in workers makes a company richer

Founded with a single store in Seattle in 1983, Costco now has over 457 stores, most of them operating in the United States, but also in Canada, Britain, South Korea, Taiwan, and Japan.

In contrast, Wal-Mart had 642 Sam’s Clubs in the United States and abroad as of Jan. 31. Costco’s profit mounted 22 percent last year, to $882 million, with the sales figure reaching $47.1 billion. In the United States, its stores average $121 million in sales annually, far more than the $70 million for Sam’s Clubs. And the average household income of Costco customers is $74,000 – with 31 percent earning over $100,000.

Costco relies on the formula of selling a limited number of items, keeping costs down, depending on high volume, paying workers well, having customers buy memberships and aiming for upscale shoppers, especially small-business owners. In addition to the aforementioned strategies, it doesn’t advertise – that saves 2 percent a year in costs.

Costco has some of the most thoughtful schemes for all its employees-schemes like employee stock purchase plan where new employees are eligible to enroll in the plan, allowing them to purchase Costco stock by payroll deduction. This plan does not include any commissions and fees that are normally associated with the purchase of stock.

Employees rave about the benefits, which include paid holidays, great health and dental insurance plan, paid vacation, and paid sick time for both part-time and full-time employees. Moreover, pays are competitive, raises depend on hours worked, and workers obtain twice a year bonuses after they have hit the top pay mark.

JIM SINEGAL, the chief executive of Costco Wholesale, the nation’s fifth-largest retailer, had all the craze of an 8-year-old in a candy store as he ripped open the container of one of his favorite items: granola snack mix. “You got to try this; it’s delicious,” he said. “And just $9.99 for 38 ounces.”

Costco’s senior vice president for human resources, John Matthews said that whenever they brainstorm about setting wages and benefits, he doesn’t want Costco to be greater than everyone else, he wants it to be demonstrably better.

With his intense attention to detail and price, Mr. Sinegal has successfully built Costco as one of the nation’s chief warehouse retailer, with about half of the market, leaving behind Sam’s Club with 40 percent. But Sam’s is not a usual runner-up: it is part of the Wal-Mart Empire, which, with $288 billion in sales last year, has a lot of potentials to dwarf Costco.

Despite Costco’s remarkable record and visible success, Mr. Sinegal’s salary is just $350,000, excluding the whopping $200,000 bonus that he received last year. That places Jim at less than 10 percent of other renowned chief executives, albeit Costco ranks 29th in revenue among all the American companies.

“I’ve been very well rewarded,” said Mr. Sinegal, who is today significantly worth more than $150 million thanks to his Costco stock funds.
Jim believes that if someone is going to try their hands at running a firm that’s extremely cost-conscious, then they can’t have those tiny inconsistencies and lack correspondence. Having a person who is making 100 or 200 or 300 times more than the average person working on the floor is wrong.

He is forced to be flinty at times, due to the amount of competition that is so fierce that it requires Costco to be competitive in the toughest marketplace in the world against the biggest competitor in the world because this is not a scenario from ‘The Little Sisters of the Poor’. Jim asserts further that Costco cannot afford to be timid at this stage of its growth.

Jim Sinegal was only 18, a student at San Diego Community College when a pal asked him to help unload and drop off mattresses for a month-old discount store called Fed-Mart.

What he thought would be a limited time period job has become his career today. He has risen to the position of an executive vice president for merchandising and has even become a protégé of Fed-Mart’s chairman, Sol Price that is accredited with formulating the idea of high-volume warehouse stores that sells products from a limited number of brands.

Mr. Price sold off Fed-Mart to a German retailer in 1975 and was fired soon after. Mr. Sinegal left thereafter and assisted Mr. Price in starting a fresh warehouse company, Price Club. It’s huge recognition led others to invade in this sort of a market: Wal-Mart that came up with Sam’s Club, Zayre’s started BJ’s Wholesale Club and interestingly a Seattle entrepreneur knocked on Mr. Sinegal’s door to dream up on buildingCostco.

There is a little love lost between Wal-Mart and Costco ever since Wal-Mart boasted that its Sam’s Club division has the lowest prices of any retailer. Mr. Sinegal emphatically dismissed the assertion by Wal-Mart and maintained with a one-word barnyard epithet.

The average Costco employee makes nearly triple the revenue in contrast to the average Wal-Mart and Target employee. Its machine-oriented warehouses require far fewer employees to run compared to a big-box store. What keeps customers coming back, and what makes members renewing their memberships is Costco’s unique business model are the well-paid and happy employees. With strategies like these, Costco is able to better deliver to the market than traditional retailers like Wal-Mart.

Nailing in the business of discount retailing is not everyone’s cup of tea.Companies must pay poorly and skimp on profits, or must notch up prices to meet minimum profit demands. However, Costco does not find this idea very ethical.

Good wages and benefits are why Costco has tremendously low proportions of turnover and theft by employees. Costco’s affluent customers, who are more advanced than most other warehouse store shoppers choose to stay loyal as they like how Costco does not bring low prices at the workers’ expense. This is certainly not altruism, only a good business strategy.

Mr. Sinegal’s fundamental rule is that no branded item can be marked up by more than 14 percent, and no private-label piece by more than 15 percent. Other supermarkets generally mark up merchandise by 25 percent, and department stores by 50 percent or more.

Costco better understands that their members don’t come to shop from their stores because of the fancy window displays, the Santa Clause or the piano player. They come and shop with them because they offer really great values.

Interestingly, one more exciting fact is that in the US, eighty-five percent of Costco’s workers have health insurance, compared with less than fifty percent at Walmart and Target.

When working at Costco as a deli clerk, every time I come to work I feel good vibes about the place plus everyone is respectful and polite. The management of this company is under control and well organized. I learned a lot about the skills required in food inventory. My co-workers were fantastic and customers never had an altercation with them. In the lunch breaks, we would always make jokes on each other. The stores are really big and I loved coming early and checking the food inventory preparing the food for display and also keeping the customers satisfied.

Anna Domanska
Anna Domanska is an Industry Leaders Magazine author possessing wide-range of knowledge for Business News. She is an avid reader and writer of Business and CEO Magazines and a rigorous follower of Business Leaders.
« Twitter Partners With Stripe to Launch Mobile-Friendly Ecommerce Service
Hewlett-Packard to Slash Up to 30,000 Jobs in Enterprise Business »
Leave a Comment
Close