The declaration of a pandemic by the World Health Organization has plunged the US stock markets into bear territory. The Dow Jones Industrial Average dipped 5.9 percent, a fall of almost 20 percent from last month. This plunge stopped a bull run of nearly 11 years. The broader S&P 500 fell 7 percent after opening bell, triggering a halt of almost 15 minutes in trading. It ended the day at a loss of 4.9 percent, stopping just short of a bear market ( for that stocks need to fall 5 percent). The Nasdaq Composite went down by 7.5 percent, and if the day ends in this region then the tech-heavy index will also end in bear territory.

This bear run was a fallout of the declaration of the coronavirus as a pandemic by the World Health Organisation and the White House’s decision to ban non-US citizens from Europe for 30 days, the cancellation of the NBA league, and the shutting down of schools and colleges in fear of the spread of the virus. “Last night we had so many things hitting us all at the same time,” said Tim Courtney, chief investment officer of Exencial Wealth Advisors, reports the Wall Street Journal. “With so many larger organizations and larger pieces of the economy now changing, it looks like life is going to be different for the next 30 or 60 days.” 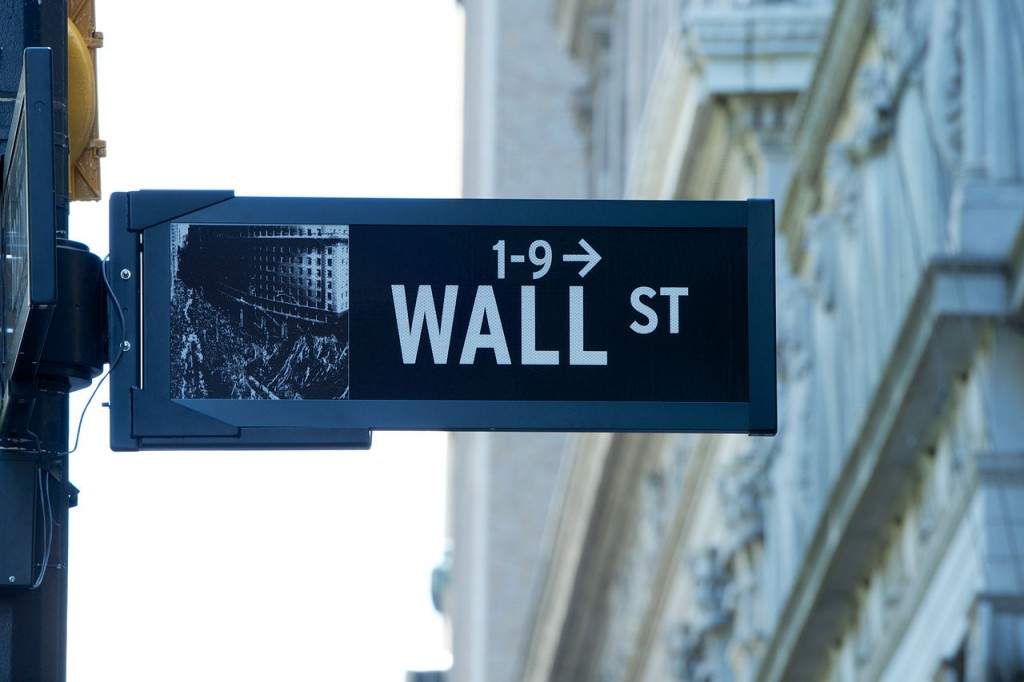 “It’s hitting home now in a way that it wasn’t a few days ago,” he said. Further adding to the plunge was a sharp fall of 18 percent in Boeing’s stocks on news of it calling in the full amount of a $13.8 billion loan, raising concerns about a credit squeeze. Blackstone, the private equity group, also advised its subsidiaries to tap all credit lines to avoid any cash flow problems. The tumbling oil prices and the decreasing Treasury yield to 0.794 percent have further added to the woes. Brent crude fell 7.1 percent to $33.26 a barrel.

Goldman Sachs predicts a prolonged bear run by the middle of this year and predicts that the S&P 500 will drop down another 15 percent from the present level and it expects there will be a cumulative 28 percent drop from its last peak. “Both the real economy and the financial economy are exhibiting acute signs of stress,” Goldman said.

The European bourses were prevented from a similar free-fall by the quick actions of the central banks. The Bank of England brought down the interest rate by half a percentage point to combat the impact of coronavirus. Still, the FTSE fell by 1.4 percent by the end of the day despite this action by the BoE. The Europe-wide Stoxx 600 fell steeply. There are fears that long term funds will see redemptions, which will further push down the bourses.

Elsewhere, Tokyo’s equities benchmark Topix fell by 1.5 percent. Australia’s S&P and ASX saw a 3.6 percent plunge. Hong Kong’s Hang Seng went down by 0.6 percent, and China’s CSI dropped 1.3 percent. Global growth will see a downturn with most corporates already announcing the next two-quarter expectations to be low. The ISH Markit has also brought down its forecast for this year to 1.7 percent. Research says there will be zero growth in Europe, and the Asia Pacific region will also see a downturn with not much growth expected although it put China at 4.3 percent.

Anna Domanska
Anna Domanska is an Industry Leaders Magazine author possessing wide-range of knowledge for Business News. She is an avid reader and writer of Business and CEO Magazines and a rigorous follower of Business Leaders.
« Tesla scouting for sites for Gigafactory in central USA
Is Vertical Farming the Future of Agriculture? »
Leave a Comment
Close