Coromandel Engineering Company Ltd., established in 1947, is part of the $4 billion Murugappa Group.

One of India’s oldest and most well-respected business houses, the company has pioneered several novel engineering techniques including being the first to introduce pre-engineered metal building systems in India.

The Murugappa Group has holdings across a number of successful industries, including cycles, precision tubes, ceramics, civil construction, pollution control, abrasives, refractories, anti-corrosion, sugar, tea and many more. Over the years, the Group has established itself as a distinct leader across all these sectors.

The Coromandel Engineering Company echoes this level of excellence demonstrated by the Group across sectors. The company’s key strengths lie in executing projects related to pile foundations, construction, civil and sanitary engineering.

The company is presently a general contractor in buildings and factories and 10% of its business comes from real estate development. It is listed in Bombay Stock Exchange.

Established in 1947, a month after India got Independence from British rule, Coromandel Engineering soon became one of the biggest construction companies especially in the South and went on to construct several landmark structures. The company became a large piling and slip-form contractor as well. It even ventured into granite production which was eventually closed.

In the early nineties, there was a sudden dip in private investment and the company took some government contracts which did not help the company and group which was emerging very strong in manufacturing, decided to exit construction. 95% of the resources got reduced and the company was prepared for sale.

However, the sale did not take place. The company functioned with the balance 5% of resources at a much smaller level. In 2005, the Vice Chairman of the group took over as the Chairman of the Company and decided to revive the company.

This is where Mr. G.V.Kumar came into the picture. Having been with the company for the past six years, Mr. Kumar has fast become a key decision-maker within the company.

Having joined Coromandel as the General Manager of the company, Mr. Kumar is now the Senior Vice President of Coromandel Engineering.

We spoke to Mr. Kumar to find out what keeps Coromandel ahead of the game.

What Lies Ahead for Coromandel 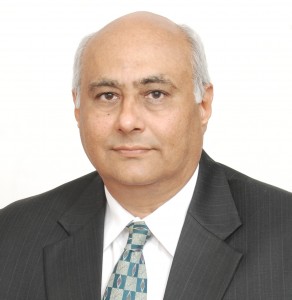 According to Mr. Kumar, a key parameter in furthering the company’s success is their approach in responding quickly and positively to the requirements of their customers in both contracts as well as real estate. This, Mr. Kumar says, gives Coromandel a distinct edge over their competitors.

Mr. Kumar firmly believes in deliver customer-centric solutions. According to him, building trust and rapport with customers is vital for any business to succeed.

Mr. Kumar told us that he was very pleased with the company’s performance over the past year.

Coromandel’s turnover for the year 2011-12 is, according to Mr.Kumar, being estimated at around 50 million dollars. This, in contrast to their previous year’s turnover of 25 million dollars, is a significant jump. According to Mr. Kumar, these raised estimated are based on the robust investment in investment and expansion in manufacturing sectors and infra-structures like power.

Coromandel invests in Plant & Machinery every year. This year the company is planning to invest 2.5 Million Dollars on Plant and Machinery this year.

Coromandel currently employs around 650 people, exclusive of workmen who are given by labor contracts at each of the company’s project sites.

According to Mr. Kumar, the 18 Million Dollars the Sugar Refinery construction project for Coromandel’s single largest project in the last 5 years. Mr. Kumar considers this to be the benchmark project for the company.

Mr. Kumar says Coromandel plans to build expertise in electrical and mechanical work to enable the company to offer a one stop solution to their customers.

In relation to other sectors, Mr. Kumar said that the company is looking at some within some other infrastructure areas such as airports, ports, metros and roads. He said “We believe that there is sufficient space to grow in the sector we are in for the next 4 – 5 years.”

One of the main challenges faced by the industry, according to Mr. G.V.Kumar, is the number of players who are not organized and take up work at low rate, creating an imbalance in industry.

Another key challenge is the volatility among material prices, which makes it difficult to accurately estimate the cost of a project over a long period. Skill shortage, at both staff and workmen levels, is another serious issue faced by all in this industry.