Corning Announces Gorilla Glass 5, Smartphones Can Survive Drops From Up to 1.6 Metres

Corning, the popular glassmaker for mobile devices, on Wednesday, unveiled the fifth iteration of its drop resistant Gorilla Glass at an event at its offices in Palo Alto, California. The new generation of hardened glass is made to withstand drops from higher heights compared to earlier versions.

In its internal lab tests, the glassmaker claims that the Gorilla Glass 5 survived up to 80 percent of the time when dropped face-down from up to 1.6 metres. The glass was tested on different kinds of surfaces including rough ones and sharp contacts. It is now available commercially and is expected to be seen on devices later this year. 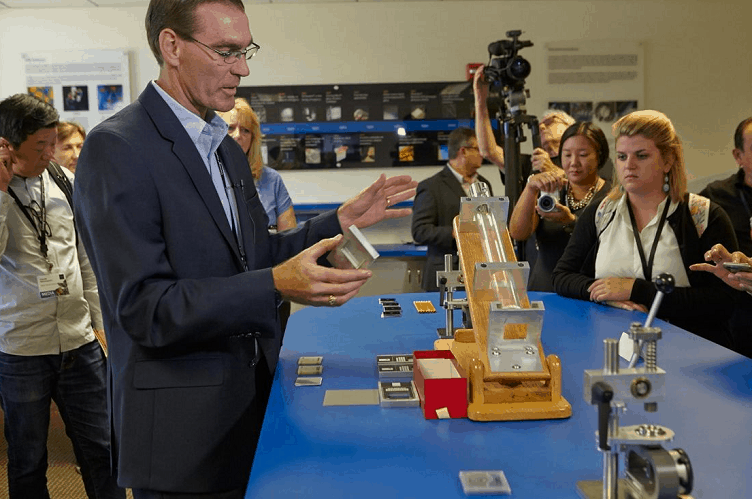 According to the company, the tests were conducted using 0.6mm thick glass, but it makes glass as thin as 0.4mm for smartphone OEMs who prefer a slimmer profile. So much depends on how manufacturers build their devices and the thickness of the glass they end up using. Different smartphones with different glass thicknesses may see different results.

According to the company, it is the leader in the cover glass industry and about 4.5 billion of the world’s phones use Gorilla Glass on their displays including more than 1,800 product models across 40 major brands such as Samsung, Lenovo, Motorola, Asus, LG and HTC. The glassmaker has an on and off relationship with Apple, with the iPhone maker using Gorilla Glass in the iPhone 6 and some earlier models, but not the latest iPhone 6s.

Ford announced earlier this year that the 2016 GT model will feature Gorilla glass windshields. Even certain ATMs have an antimicrobial version of Gorilla Glass on their displays. Notably, the latest iteration of the glass has been launched almost two years after the launch of its predecessor, Corning Gorilla Glass 4.

The company emphasized that the new glass has been designed keeping in mind consumers’ key issue – screen breakage. Other than breaking, Corning says that Gorilla Glass 5 will provide cover glass that’s suitable for touching, typing, and swiping the content.

Citing a study based on Toluna’s Quicksurvey panel, the glassmaker stated that over 85 percent of smartphone users drop their phones at least once a year while 55 percent drop it three times or more. Nearly two-thirds of these drops have been from waist to shoulder height. The Gorilla Glass 4 was able to only survive drops from heights close to a metre. The study was conducted based on numbers noted on an average of an 11-country study of global smartphone users including countries such as the US, Brazil, France, Germany, and India among others.

While the glassmaker did not specify which devices will use Gorilla Glass 5, it did say we can expect to find the new material in devices hitting the market this fall.

Announcing the new glass, John Bayne, Vice President and General Manager said with each successive generation of the Gorilla Glass, the company has taken cover glass technology to new levels. The new iteration is no different, extending the company’s advantage in drop performance over competitive glasses, he added.