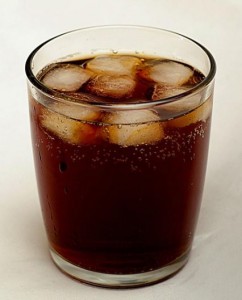 After research surfaced that diet soda and other artificially sweetened products actually lead to weight gain instead of weight loss, a consumer-advocacy group is asking federal regulatory agencies to investigate whether soda manufacturers including Coca–Cola and PepsiCo have engaged in deceptive or misleading advertising.

The Oakland, California based group, U.S. Right to Know, on Thursday filed citizen petitions calling on the U.S. Federal Trade Commission (FTC) and the Food and Drug Administration (FDA) to ban those companies from using the term diet in advertising and labeling of Diet Coke and Diet Pepsi, because it appears to be fraudulent and misleading.

The petition to the Food and Drug Administration said that people use products such as Diet Coke and Diet Pepsi, which are basically advertised as products that help in weight loss, when in fact scientific evidence suggests it is not true, and those beverages contribute to weight gain.

On behalf of Coca–Cola Co., PepsiCo Inc. and other soft-drink manufacturers, the American Beverage Association strongly objected to the contentions in the petition. It said several studies showed that diet sodas are a potent tool as part of an overall weight management plan.

Previously, the beverage association along with PepsiCo, Coca–Cola PepsiCo and the Dr Pepper Snapple Group joined in a partnership with the Bill, Hillary and Chelsea Clinton Foundation for a program to fight obesity by reducing beverage calories in the American diet. As part of the effort, the beverage makers agreed to build up the sales of low calorie soft drinks.

Thursday’s petition calls for inquiries into the marketing of products that contain any artificial sweeteners, not just those products with the most popular sugar substitute, aspartame, which is being used in nearly 5,000 products.

For decades, safety issues have clouded the use of a number of artificial sweeteners, especially NutraSweet and saccharin. Gary Ruskin, executive director of U.S. Right to Know said his group was the first to initiate investigations into possible false marketing. However, it is not yet clear if the research on sweeteners’ effect on weight is adequately settled for the regulators to take action.

Anna Domanska
Anna Domanska is an Industry Leaders Magazine author possessing wide-range of knowledge for Business News. She is an avid reader and writer of Business and CEO Magazines and a rigorous follower of Business Leaders.
« Dell Launches Venue 10 7000 Tablet, Starts At $499
Google reportedly working on new and highly improved batteries that can last longer than regular batteries »
Leave a Comment
Close