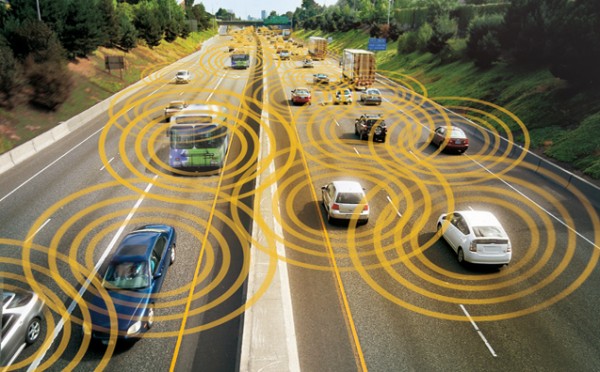 Consumer Reports magazine has sent its editorial team to Silicon Valley and to a special Ford proving ground in Dearborn, Mich., to look at the new connected-vehicle technology. This new connected-vehicle technology enables vehicles to talk to one another and to road infrastructure such as traffic lights. Vehicle-to-vehicle communication allows cars and trucks to communicate with other vehicles in a given area. ‘Each vehicle broadcasts its own speed, making it easier to avoid potential collisions’, reports a business magazine.

The connected-vehicle technology shown during the demonstration ride has impressed the magazine’s editorial team and has also created hope of potentially saving thousands of lives.  Instead of protecting against the aftermath of a vehicle crash, the vehicle-to-vehicle communication is designed to prevent vehicle crashes from occurring in the first place. This indeed will be the catch in most of the leading business news agencies. And the magazine, which is an advocate of stronger safety features for drivers for eight decades, from seat belts to air bags to electronic stability control, is impressed by this technology.

What exactly would the vehicle-to-vehicle communication do?

Suppose that a car is approaching an intersection at 30 mph with a green traffic light ahead. You wouldn’t be able to see another vehicle coming in on the cross street about to run through a red light. In a typical car, you would enter the intersection and most likely be slammed in the side by the other vehicle, which could seriously injure or even kill you. But in this car, a prominent red warning light flashes on the dash and an alarm blares, giving you time to hit the brakes before entering the danger zone.

The magazine says that implementing V2X, or connected-vehicle technology on a mass scale is years away. It must overcome concerns about privacy and cyber security, but even so, it’s likely to be adopted, and that should help improve road safety. While such systems will be more effective when the majority of the vehicle fleet is so-equipped, benefits can be seen even with low levels of penetration.

How would the talking cars protect you?

Vehicle-to-vehicle communication systems are designed to prevent collisions in a number of scenarios. Let’s take a look at how these features can help drivers avoid accidents:

When you approach an intersection, the intersection assist in the system will alert the driver if another vehicle is traveling at such a speed on a cross street that it could run a red light or stop sign and hit the car in the side. This helps prevent common and often fatal T-bone accidents.

When in an intersection, left-turn assist in the system will alert the driver if there’s not enough time to make a left-hand turn because of oncoming vehicles. This can prevent the driver from turning even when he can’t see the car coming.

When driving on a two-lane road, Do-not-pass warning in the system warns the driver when a vehicle coming in the opposite direction makes it unsafe for a slower-moving vehicle to pass.

The advance warning of a vehicle braking ahead in the system emits an alert when two or more vehicles hit the brakes unexpectedly. This can help prevent a rear-end collision when you’re caught by surprise.

A forward-collision warning in the system will sound if the system detects that a vehicle is traveling at a speed that could cause it to hit a slower-moving vehicle in the rear. It will also send an advance warning of a stopped vehicle in the driver’s lane.

When traveling on a multilane road, the system illuminates a blind-spot/lane-change warning light when a car is positioned in the driver’s blind spot. It also emits a loud beep if the turn signal is activated when it’s unsafe to change lanes.

Rik Paul, automotive editor, Consumer Reports said, “These systems are being aggressively developed because they could be the next big safety breakthrough. But adequate oversight of how the information is used is essential to ensure the privacy of drivers and to prevent abuse.”